Messaging Apps are on the rise worldwide, and WhatsApp usage in the UK is the third highest in Europe with over 40 million users. In this article we will take a closer look at all related figures on WhatsApp, internet and social media usage in the United Kingdom and how they compare to the numbers of 2017 and 2019.

WhatsApp is dominating the messaging app landscape in the United Kingdom, with 40.41 million total users as of May 2021. In 2022 the position of WhatsApp as a popular messenger service has solidified, not only for private use, but businesses also already make use of the messaging platform. In global comparison, the messaging app has the third most users in Europe and the seventh most users in the world. Here are the full WhatsApp statistics for the United Kingdom in 2022.

Find the numbers you need quickly:

The number of cellular mobile connections is 71.84 million—105.1 percent of the population, meaning there are more active mobile connections than people in the UK. This number increased by 2.6 million compared to 2021, an additional 3.8 percent new connections.

Active cellular mobile connections in the UK in 2022. 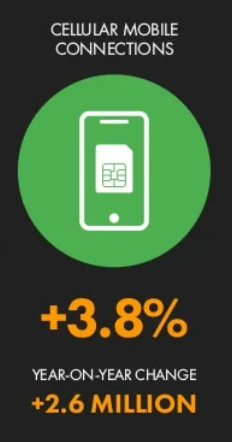 Active cellular mobile connections in the UK in 2022. Source: Datareportal by Hootsuite and We Are Social 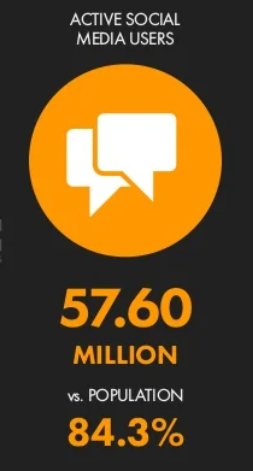 Active social media users in the UK in 2022 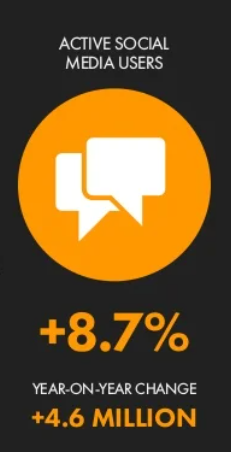 Active social media users in the UK in 2022 (year-on-year change). Source: Datareportal by Hootsuite and We Are Social

WhatsApp is the leading chat app in the UK

UK has third most WhatsApp users in Europe with 40.41 million

WhatsApp is the most used messaging service in the United Kingdom. 40.41 million people use the chat app, which is the third-highest user number in Europe, just after Germany and Russia.

Ranking of the number of WhatsApp users in Europe in 2021. (Source: Statista)

Looking at the percentage of internet users who use different social media apps, WhatsApp is the leading app, with 74.8 percent of the internet users aged 16 to 64 on the service. The chat app that ranks second highest in this category is the Messenger from Meta with 58.5% followed by iMessage in third place with 35.4 percent. 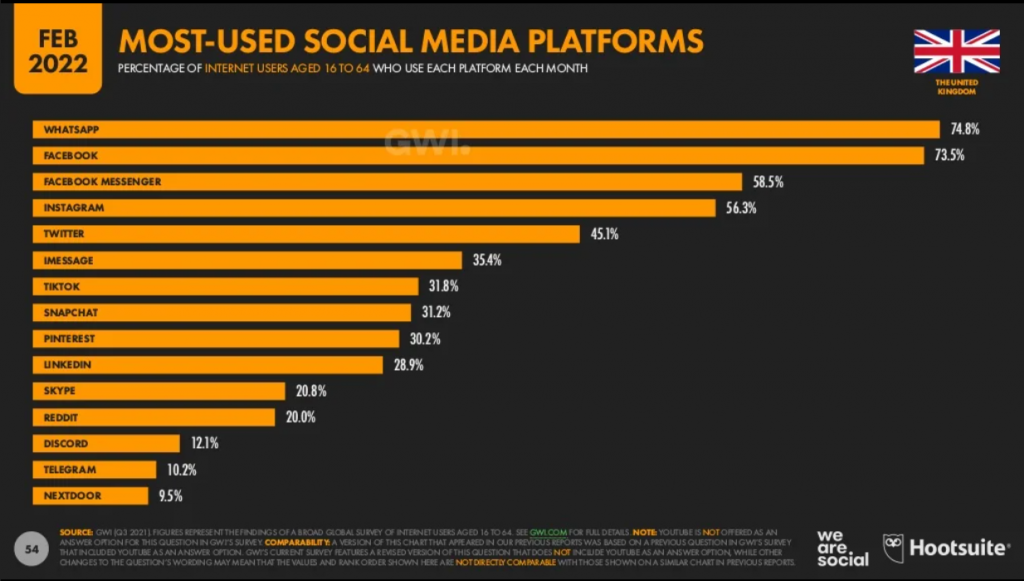 Most used social media apps in the UK in 2022. (Source: Datareportal by Hootsuite and We Are Social) 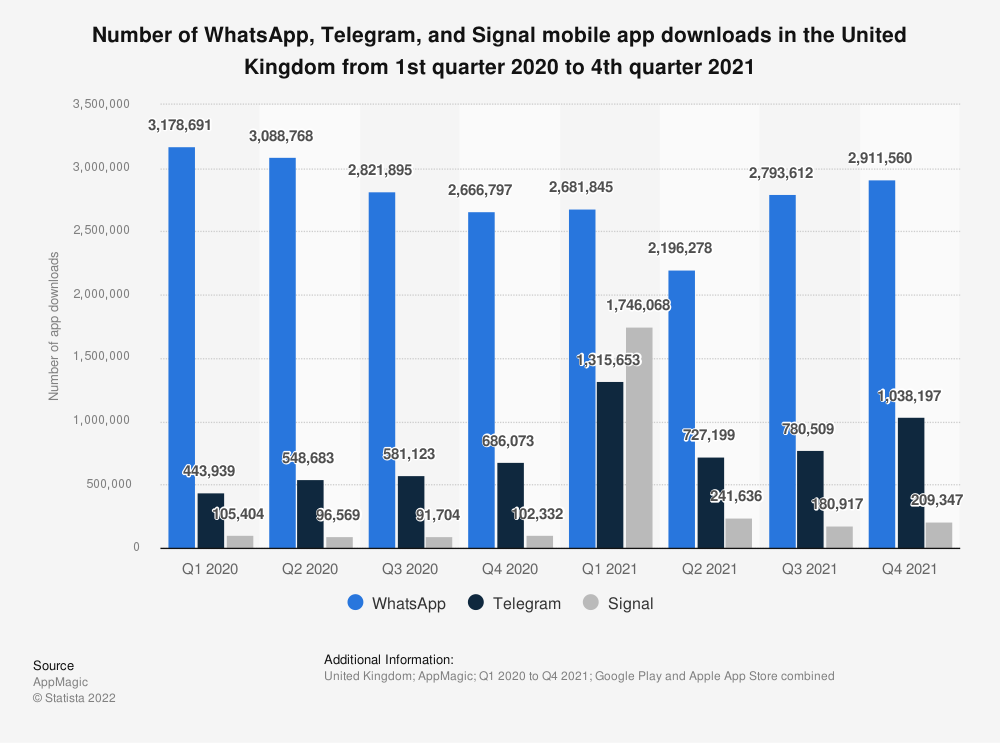 Number of messaging app downloads in the UK in 2021. (Source: AppMagic via Statista)

People in the UK not only download WhatsApp, they also use it a lot. 73 percent of users older than 15 state that they use the chat app daily. 94 percent use it weekly and 99 percent at least monthly. 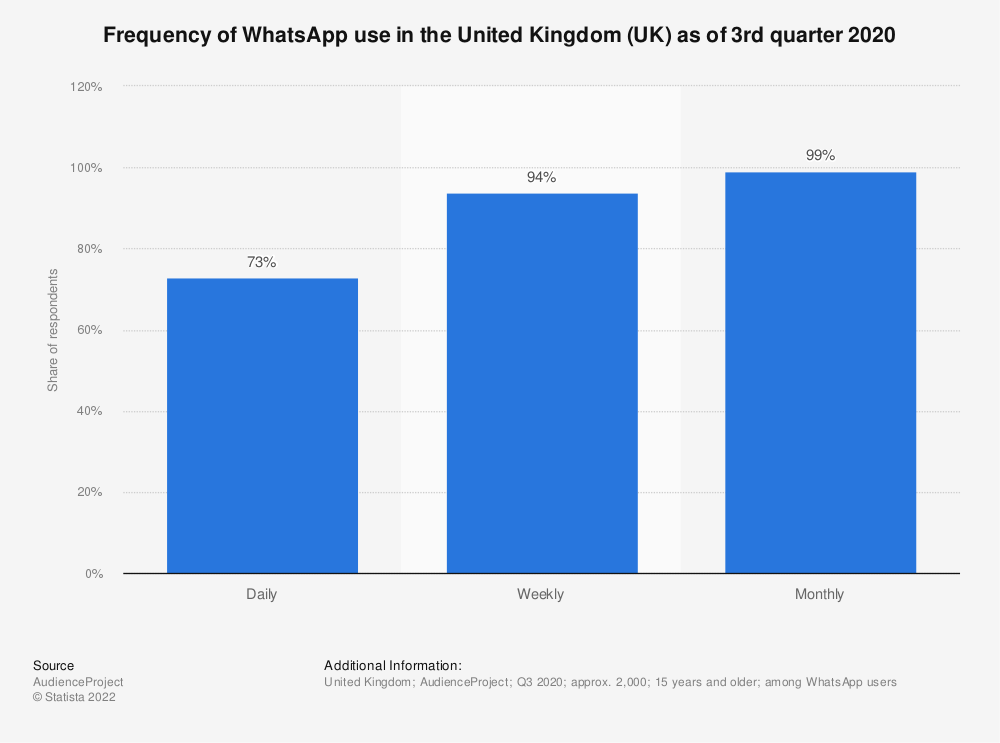 Frequency of WhatsApp use in the UK in the third quarter of 2020. (Source: AudienceProject via Statista)

What has changed since the last report on messenger app usage from 2019? Here are the most important facts from the earlier study: 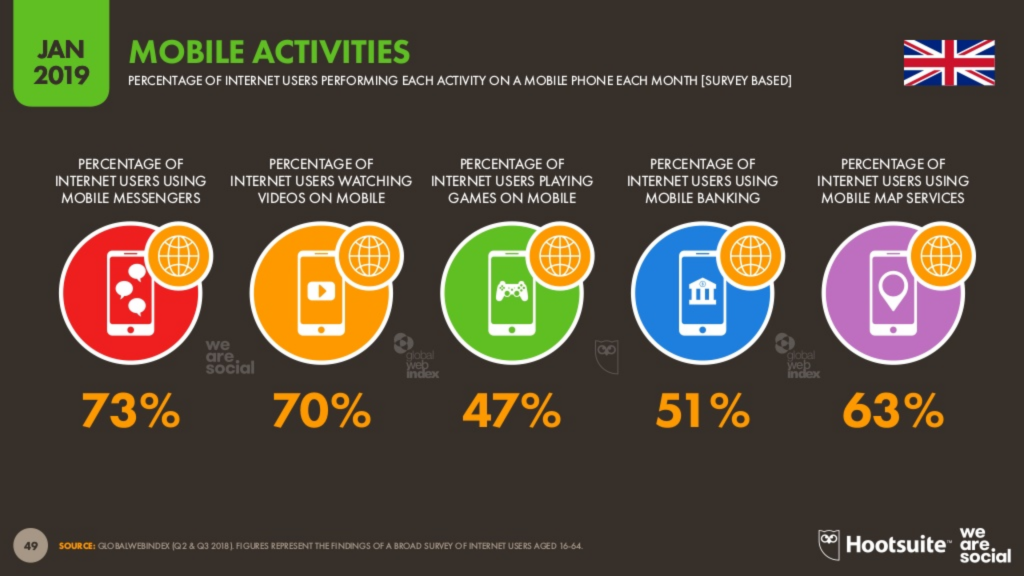 Mobile activities in the UK in 2019. (Source: Datareportal: Here you can also find the studies of 2020 and 2021 for further information.)

Back in 2017, 95 percent of UK households owned at least one mobile device. As seen in the current figures above, the penetration of cellular mobile connections versus the total population is at 105.1 percent, with 71 million in 2022. 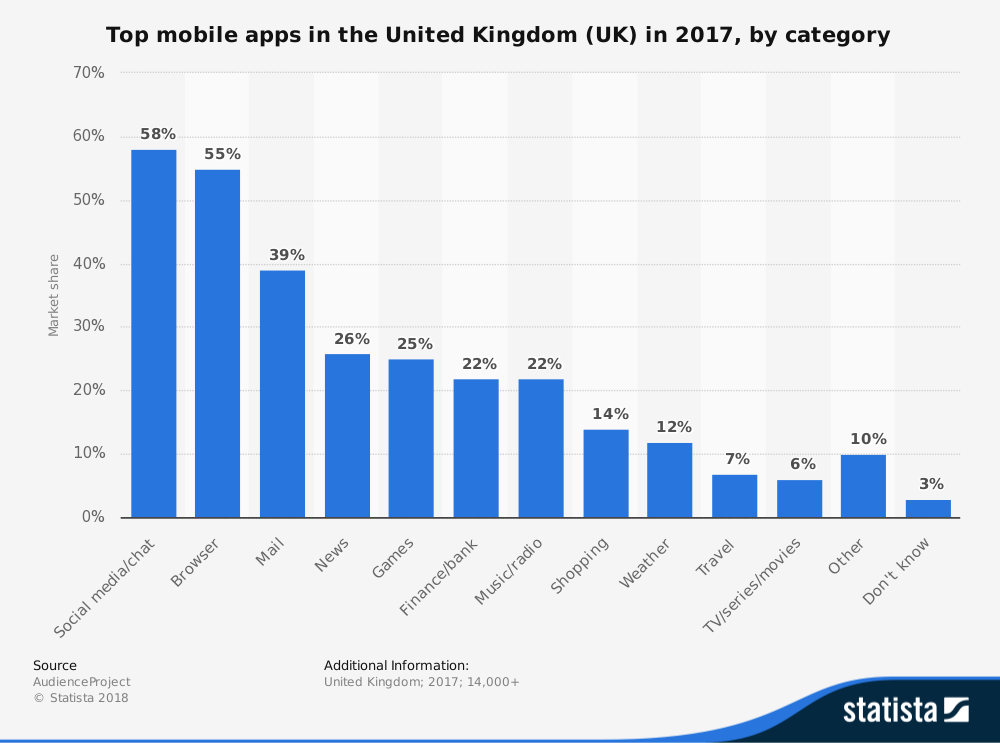 Apple has held the leading market share in the UK for over ten years now. For the first time in 2021, the market share crossed 50 percent of the total. Even though Samsung was able to grow tremendously from 2012 onwards and stagnated in the last few years, Apple is and has been the UK’s favorite mobile device vendor. This means that Apple Messages for Business has huge potential for your company’s professional customer service!

🍏 Find out here how you can manage customer inquiries via Apple Messages for Business! 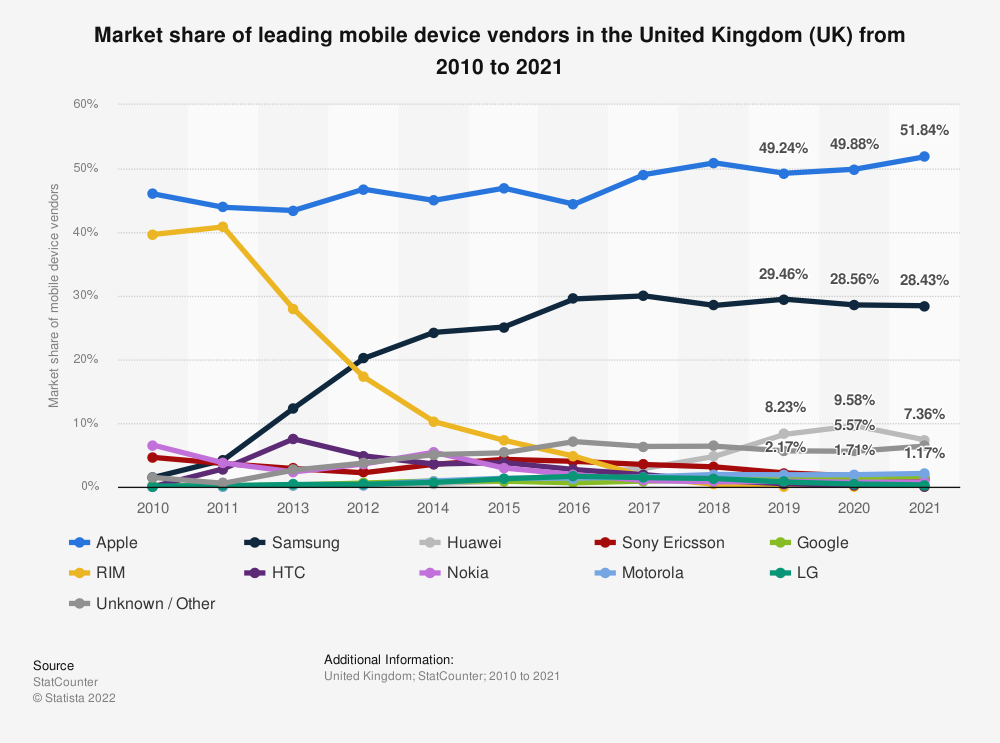 💡 See how iMessage and WhatsApp compare to each other for communicating with clients.

Don’t waste the potential of messaging apps: learn how to utilize them for your customer communication!

As you can see, almost everybody in the UK is communicating privately on a messaging app. This proves that there is a lot of potential for customer cummunication on WhatsApp and other apps.

For more information about the professional use of messaging apps for customer services, conversational marketing and conversational commerce, download our Messenger Communication Playbook for free! It’s the ultimate guide for successful communication on WhatsApp & Co.!

Get an in-depth introduction into messaging apps for your company! 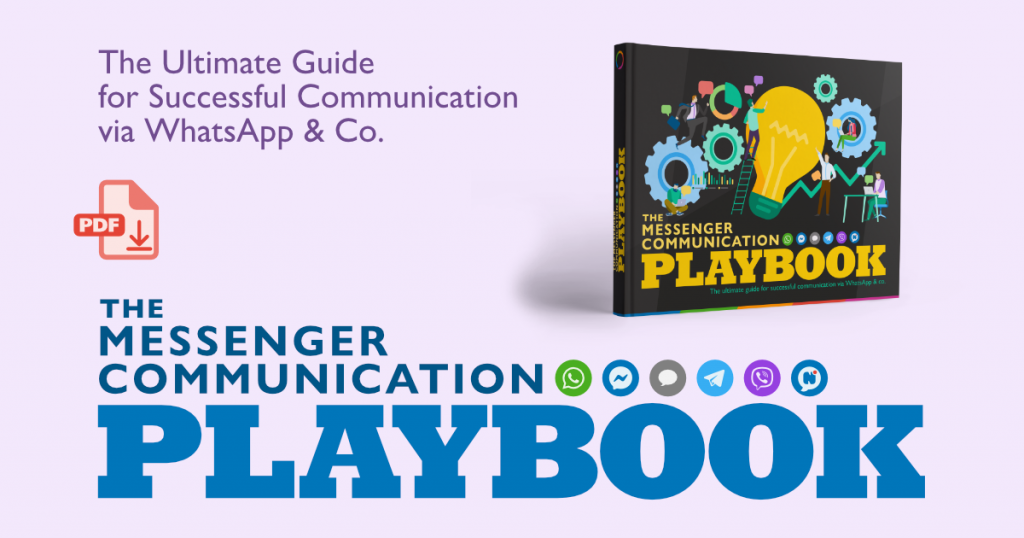 More facts and figures for you:

All you need to know about WhatsApp Business Accounts!

Should small businesses pay for a professional messaging solution?

iMessage vs. WhatsApp: What's the best business app for communicating with your clients?

Tip: Schedule your appointment for an individual live demo with one of our messenger experts today.

More news from the world of messaging apps? Subscribe to our newsletter now! 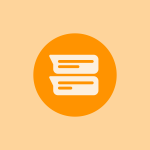 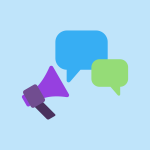