According to numerous corresponding reports WhatsApp plans to revise WhatsApp group features considerably and to add new functions. In addition, recording voice messages will be simplified as well. Earlier this month it has been announced, that automated welcome messages for first contacts and so called Quick Replies are planned for business (WhatsApp Business is currently being tested, closed Beta). All this is already well known from Facebook Pages and their messaging function.

Obviously, WhatsApp is planning for their broadcast groups to enable admins to mute users if needed. The advantages of group features are evident, for instance if it is needed to distribute important information about an event via WhatsApp.

This feature will only be usable once per 72 hours. It is highly reminiscent of newsletter broadcasting services which are used by our customers broadly to inform, maintain and expand their community.

It is not yet clear whether this new feature has any significance. But ultimately it is obvious that this feature can help in decisive situations, provided this service is requested.

For example exclusive groups can be organized to distribute products which are not yet one the market for testing purposes. This usage of channels exists in many variations and is widely realized.

Audio messages via WhatsApp will be easier to handle soon

So far, the microphone button on the bottom right had to be pressed throughout the whole recording. But now there will be a lock icon soon which can be activated by swiping if you want to record. This new feature will simplify and speed up the whole process. 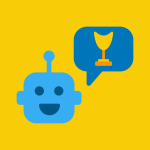 How Media, Clubs, Sponsors and Associations Could Already Benefit from Marketing on WhatsApp and MessengerMessenger Newsletter 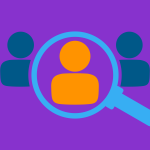