WhatsApp influencers? Yes, they exist, and brands are already using them to sell more!

Instagram influencers? Of course! YouTube influencers? Definitely! But have you heard of WhatsApp influencers before? It’s the latest trend for brands to reach their target audience more directly on messaging apps, and even sell more. This is how it works.

Yes, there is such a thing as WhatsApp influencers! Among creators, this is a hot new topic. There are already webinars out there that teach people how to leverage their following on WhatsApp. And brands like Dior or Adidas are also starting to recognize what a powerful marketing tool WhatsApp influencers can be.

In the following, we explain what WhatsApp influencers are, how companies are using them to connect with their customers, increase brand loyalty, and even sell more.

WhatsApp influencers: This is what you need to know about the trend!

The rise of influencers on messaging apps

In general terms, an influencer is a person with authority, knowledge, or experience in a certain field. It is also someone who—because of their expertise—reaches a highly engaged (niche) audience. Because of the close relationship with their followers, and the trust they have established, influencers can also influence purchasing decisions.

It is important to keep in mind though that influencers are not just a marketing tool, but rather a relationship asset that brands have to cultivate and nurture. And while brands have worked with influencers on social media platforms such as Instagram for years, influencers on messaging apps are a relatively new trend.

The voice messaging app Clubhouse played a big role in establishing that trend, as it basically started out as an influencer platform where people followed charismatic or famous personalities. Ashton Kutcher’s Community messenger service worked in a similar way, and even on the gaming platform Discord, popular gamers and different industry experts establish “Servers”, messaging channels where they communicate with their followers.

Now, the trend is catching on, and swapping over to another hugely popular messaging app: WhatsApp.

What are WhatsApp influencers?

Even though, with two billion active monthly users, WhatsApp is the most popular messenger app in the world, it’s not exactly known as an influencer hub. However, seeing the success of Clubhouse and Discord influencers, more creators are starting to establish an influencer presence on the messaging app.

WhatsApp influencers are typically looking for a more down-to-earth and authentic communication channel where the exchange with their followers is less about filters and more about content. As audiences are also increasingly growing tired of the flashiness of many social media platforms, messaging apps like WhatsApp offer them a more “real” way to access content that is specifically tailored to their interests, presented by people they trust and respect.

In Africa, for example, the model is so popular that some WhatsApp influencers already have 50,000 or as many as 150,000 followers.

WhatsApp influencers regularly send out interesting content to their followers. This could be a video, an article they published, or personal advice around their field of expertise. By sending out ads or sponsored posts in between their regular content, WhatsApp influencers also have found ways to make money on the messaging app.

For brands, this new trend opens up many new exciting possibilities.

How companies can benefit from working with WhatsApp influencers

That’s where the power of messaging apps like WhatsApp lies!

Direct channel to tens of thousands of potential customers

Because they are set up as a conversational chat tool, messenger apps are ideal for a two-way communication. Talking to customers on WhatsApp therefore naturally results in a conversation with your target audience. This also leads to more engagement, and you can establish a more trustful, and long-lasting relationship with your customers.

Talking to customers on WhatsApp and other messaging apps also means that you are meeting your customers on the channels where they already love to communicate. If you add to that the potential of influencers that have already built a trusting relationship with their followers, WhatsApp influencers give your brand access to tens of thousands of interested customers.

Building brand loyalty in a way your company alone can’t

At the same time, followers really trust the influencers they follow. So, if an influencer presents your brand’s products on their WhatsApp channel, they will trust that influencer’s recommendation.

It’s the kind of trust that is almost impossible for brands to build on their own. With WhatsApp’s reputation as a more authentic influencer platform, this trust is even greater than on other social media platforms, and can greatly help to build a better brand loyalty.

As mentioned before, WhatsApp is not only a widely used messaging app, it also allows for a new way for companies to connect with their customers. You start off by engaging in a conversation right away.

The app also gives you unique direct access to your customers.

Everybody opens and reads all of their WhatsApp messages. After all, on WhatsApp, you only get messages from people you trust. This makes the channel incredibly relevant.

WhatsApp is also a rich communication channel that allows for immersive experiences by including images, videos, files, audio clips or links that keep your audience engaged.

💡How can you be as successful? Get our free Messenger Communication Playbook to learn how to get the most out of your messaging campaigns! 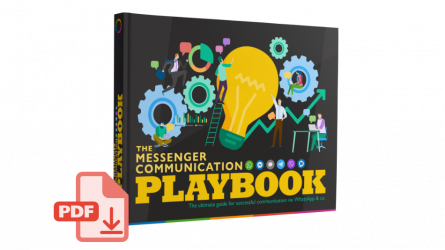 How Dior and Adidas are already leveraging WhatsApp influencers

First brands have already recognized the potential of WhatsApp as an influencer channel, and have had great success with WhatsApp influencer campaigns.

In an industry first campaign, the French luxury brand Dior worked with influencer Jisoo for a WhatsApp influencer campaign. For this campaign, Dior published an Instagram story where Jisoo asked her followers to join her on WhatsApp. There, she had set up an exclusive WhatsApp group centered around Dior’s new Addict lipstick launch.

From here, customers were led to a landing page where they could sign up to engage with Jisoo’s chatbot. People who signed up could also choose the type of content they wanted to receive. This could be beauty tips or videos with behind-the-scene footage about Jisoo’s experience as a Dior ambassador.

Whoever signed up for the experience, also received an exclusive link to purchase the new lipstick. So, Dior was able to both, create a lot of buzz around their new product, and push their sales.

It allows you to:

However, Dior is actually not the first brand to recognize the power of WhatsApp influencer campaigns.

A few years ago, the sports brand Adidas launched its ‘Rent-a-Pred’ campaign. The idea was to help soccer teams in London to find substitute players if they were short a player, and needed a last-minute sub.

Through the WhatsApp Business Solution, Adidas set up a hotline where teams answered a few basic questions about the location and time of the match and then received a “100% unfair support” from world-class players, such as Kaká—of course fully equipped and sponsored with Adidas Predator20 Mutator equipment. 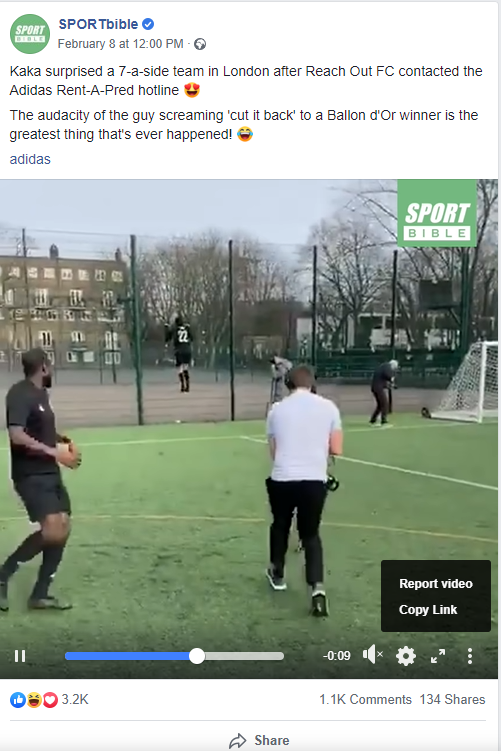 It’s allowed us to build direct relationships with a smaller community of influential people in an ongoing way that doesn’t feel transactional and allows for a conversation, rather than just a broadcast.

Both campaigns were very well received by the audience. They helped the two brands not only to increase brand visibility, but also to connect more to their customers. In the case of Dior, by adding a special purchase link to the WhatsApp channel, it also triggered sales.

The European affiliate platform stylink has a slightly different approach. The company works with online shops and influencers, and helps influencers to set up affiliate links that they can share on their social media channels.

stylink noted that the influencers they were working with sent them questions on WhatsApp. They even preferred receiving their affiliate links on the chat, as they found it easier to access information. Accordingly, stylink has started using WhatsApp very successfully to communicate directly with influencers.

With Instagram Direct, the influencers lost sight of the information. They prefer WhatsApp!

This only goes to show the potential of WhatsApp for working with influencers.

Want to read more about new messaging trends? Always stay up to date with our newsletter!

WhatsApp to introduce subscription for WhatsApp Business: Is it worth getting it? 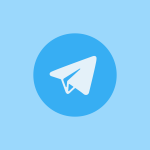 Telegram Messenger – Everything you need to know!Messenger Communication, Messenger Newsletter 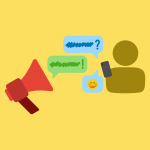