Viber to Launch Payments: Users Will Be Able to Pay with Wallet and Transfer Money

The messaging app Viber, who is owned by the Japanese tech company Rakuten, is launching “Payments”. The new fintech service enables users to pay for goods and services with a wallet and transfer money directly in the app.

According to McKinsey, the global payments could generate 2.5 trillion US dollars in revenue by 2025—and the messaging app Viber is ready to get a slice of that. Rakuten, the Japanese company who is behind Viber, has now announced that it will launch a new payment service, “Payments on Viber”, first in Europe, then globally.

As TechCrunch reports, the payments services will first launch in Greece and Germany. Other countries throughout Europe will follow, and Viber wants to roll out Payments globally in 2022 and 2023.

Topics of this article:

What can you do with Viber’s Payments?

Payments on Viber will allow users to set up a wallet in the app. This wallet will be linked to the user’s bank account or credit cards. The wallet can then be used to pay for goods, bills, and also to transfer money to other individuals. All of this will be possible directly in the app.

The peer-to-peer launch will be the first option to start, and will be free of charge. Payments to businesses will most likely include a fee.

Why will Viber Payments first launch in Greece and Germany?

Given that Russia and Ukraine are Viber’s biggest markets, it seems surprising that Rakuten is launching the fintech service in Greece and Germany. However, due to the current unstable political situation, Rakuten decided to focus on other countries first.

In Greece, the Viber messenger app is, in fact, also very popular. It’s installed on 91 percent of the country’s smartphones. This comes out to roughly seven million users (out of a population of 10.7 million). Germany, on the other hand, only counts three million Viber users, as most Germans prefer WhatsApp as a messaging service. However, Viber CEO Ofir Eyal, described Germany as a “strong corridor” for Viber payments to Greece.

The new Viber Payments are not the first fintech service the app offers its users. In some countries, such as Ukraine or Hungary, users are already able to send money transfers and use chatbot payments in the messaging app. According to the company, these services will remain in place for now, but will eventually be replaced by Payments.

For the new launch, Rakuten has partnered with Rapyd, a fintech-as-a-service company, who will manage the first two launches.

Rakuten’s move into the payment space of messaging app is the latest in a row of messenger services that are looking to monetize the growing usage of messaging apps around the world. WhatsApp, for example, has been working on launching a payment service in Brazil and India, Instagram has just announced a new in-chat payment feature on Instagram Direct, and other messaging services like Telegram or Signal are even rolling out first cryptocurrency payment features.

As customers are moving from social media channels to messaging apps to talk to businesses, many messenger app providers have been adding fintech features. The idea is to offer more convenient in-chat services that can help companies grow their business.

Compared to its competitors, Rakuten is relatively late to the messaging payment game. However, it could be a way for Viber to make the app more attractive for existing users, and gain new users. Currently, Viber counts about one billion installs globally, and 250 million monthly active users.

More news from the messaging world? Get our newsletter!

Shopping on Instagram: Customers Can Now Pay Directly in Chat

What does Conversational Commerce mean?

You Thought Shopping on WhatsApp Would Never Come? Here it is! 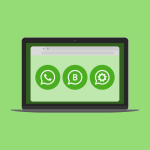 WhatsApp Web for Business: Everything You Need to KnowMagazine, Messenger Communication 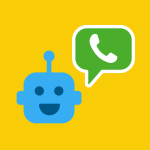