No internet? No problem! These apps let you send messages offline

Are you somewhere without internet, and want to send a text? Do you want to save data on a trip abroad? Or, do you simply want to stay anonymous while sending a message? Then check out these offline messaging apps that let you send messages without internet or cell tower connection!

Text messages, messenger apps, e-mails, social media… there are a gazillion ways to stay connected these days. However, all of these communication tools have one thing in common: they require access to public infrastructure, like a Wi-Fi router or a cell tower. But what if you don’t have access to, or are trying to avoid that kind of infrastructure?

That’s when offline messaging apps come in. They don’t require internet or cell phone towers, but still let you send messages with your phone. We explain how the technology works, when it might come in handy, and if they’re a real alternative to other messaging apps.

What is offline messaging, and how does it work?

Offline messaging is a new trend in secure communication. The off-grid messenger apps, also known as mesh messengers, don’t need access to public infrastructure like cell phone towers or internet to send messages from one phone to another. Instead, they rely on Bluetooth or direct Wi-Fi connection.

Two devices are able to use Bluetooth to set up a secure peer-to-peer connection. It’s the same technology when you use Bluetooth to transfer music or images from one device to another. The maximum range between devices is about 300 feet, or 100 meters.

Unlike a Wi-Fi signal you connect to from a router, direct Wi-Fi (sometimes also called ad-hoc Wi-Fi) is a limited connection that is created between two phones. The wireless connection only exists between the two devices, which is why it’s also called a single-hop communication. Regular wireless networks typically use multihop communication. The range of a direct Wi-Fi connection is roughly about 200 feet, or 60 meters.

Neither Bluetooth nor direct Wi-Fi allow for a wide range when trying to send messages between two phones. You basically have to be at proximity to be able to communicate. There is, however, a way to increase the distance a message is able to travel: through a peer-to-peer mode (P2P).

Some mesh messaging apps have a P2P mode. When turned on, the signal is able to piggyback from one cell phone to the next, until it reaches its intended destination. Basically, multiple phones create a path of communication. The more phones you have, the further a message is able to travel.

Important: While other people’s phones are used to send a message, only the sender and the receiver are able to see the content of the message. The other phones just act as signal amplifiers.

Aside from P2P mode, you can also use gadgets to extend the signal, such as Go Tenna Mesh. 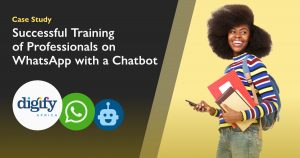 💡 You can also use traditional messaging channels creatively!

From camping trips to political protests: when off-grid messaging comes in handy

In a world where there is a free Wi-Fi signal at almost any corner, and cell phone coverage is so extensive, it might seem obsolete to even worry about offline messaging. Yet, there are some situations when off-grid messaging apps can come in really handy.

In the middle of nowhere

Imagine you’re on a camping trip in the middle of nowhere. Your buddies and you went hiking, but somehow you got off the trail, and don’t see them anymore. You can’t call or text them because… well, you’re in the middle of nowhere with no signal. With offline messaging apps though, you are still able to get a message out to them to let them know that you are lost.

There might also be situations when you’re out of data, or simply don’t want to use your data or a Wi-Fi connection to send messages. If you’re traveling abroad or on a cruise ship, for example, it’s very expensive to use your data, and cruise ships usually limit your free daily Wi-Fi usage. So, instead of spending a lot of money on roaming or the ship’s Wi-Fi service, you can communicate through your offline messaging service.

Even for parents off-grid messenger apps could be interesting if you limit your children’s daily internet time, but still want them to be able to communicate.

Sometimes, a storm or flood cuts off all regular lines of communications, and you are not even able to talk to your neighbor or call for help. Offline messenger apps can come in really handy in critical situations like this.

And of course, there are situations where people are scared to use public infrastructure to communicate. In countries with authoritarian regimes, people are looking for ways to communicate without being spied on. Even in the United States during the Black Lives Matter protests, due to police surveillance, many protesters switched to offline messaging apps.

Also, in a war situation, like during the current war in Ukraine, people might be worried that their communication could be monitored. Offline messaging then offers a safer way to send messages to friends and family members.

There are currently three well-developed messaging apps that work with either Bluetooth or direct Wi-Fi, and offer decent options for communicating offline.

Bridgefy is the only offline messaging service that works for both, iOS and Android. The app lets you send encrypted messages, videos, and pictures through ad-hoc Wi-Fi or Bluetooth. There is a P2P-mode available as well. You don’t have to pay to use Bridgefy, but there are ads.

Briar is an ad-free, open-source messaging service that you can use to send messages, images, and videos without internet. It only works for Android devices, though.

You can chat with another person on Briar, but also start group chats, there are blogs and forums you can connect to, and all messages are end-to-end-encrypted. Everything you send is only saved locally on your device.

Briar is an exceptional offline messaging app because it does offer an online option as well. If you choose the online mode it automatically connects you to the internet through the anonymous Tor network. However, even with Briar, you can’t use video or voice calls. Another disadvantage is that you can’t enable the battery saving setting on your device when using Briar, so it uses up a lot of your battery.

Bluetooth Chat only uses Bluetooth to send end-to-end encrypted messages from one device to another. The app doesn’t have a peer-to-peer mode, so your range is limited to 300 feet (100 meters).

In order to talk to another person, make sure that both users have the app set to “discoverable”, and that you then accept each other’s friend request. Alternatively, you can send somebody an invitation link as well. If one person has the app on their phone, the other one will still be able to connect. Unfortunately, if one device looses connection, the contact will not be saved, so you’ll have to re-connect.

Bluetooth Chat is only available for Android, and there are no options for video or voice calls.

The low-range connections used in mesh messaging are much harder to interfere with than regular Wi-Fi or cell tower waves. This is why offline messaging apps are considered in some ways more secure than other messaging apps.

It’s important to note though that the main difference between offline messaging apps and regular messaging apps is not the type of encryption, but the signal range. Messaging applications, such as WhatsApp, Signal or Threema use end-to-end encryption, and other encryption technologies that make them at least as secure as off-grid messengers.

And while there might be some situations when offline messaging will come in handy, mesh messaging will not replace WhatsApp, iMessage, or SMS any time soon. That’s because in everyday use cases, their options are too limited.

Most of them don’t offer rich media options, such as voice or video calls. It’s also almost impossible to reach anybody that is not standing next to you. And, if you want to talk to iPhone users, you can only use one offline messenger app. So, in most private, and especially business cases, offline messaging might be an interesting addition to your regular communication channels, but it won’t be able to replace them.

More messaging news? Get our newsletter!

Find out more about messenger communication

Messaging Apps on the Move: How E-Mobility Start-ups in Barcelona Leverage Messenger Apps to Succeed 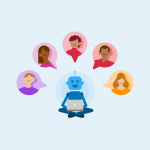 Conversational design: Why customers don’t like chatbots, and what you can do to change thatChatbots, Content Types, Magazine 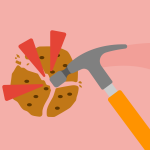