North America has the 2nd highest mobile social network penetration rate globally (after East Asia), at 61%. This is about 150% of the global average, so it’s clear that the countries in North America are both avid mobile users and avid social media users. Today we’ll take a closer look at smartphone usage and mobile messaging in the USA.

Statista reports that the US has the 3rd largest number of internet users in the world, after only China and India. The grand total (as of December 2017) was 312 million users. And it’s no surprise that in this smartphone-centric age, mobile usage in the US is a dominating trend.

With the release of Digital 2019, We are Social/Hoot Suite’s carefully-researched global guide, there are new figures for the messenger market in the US! Here are the 3 biggest takeaways: 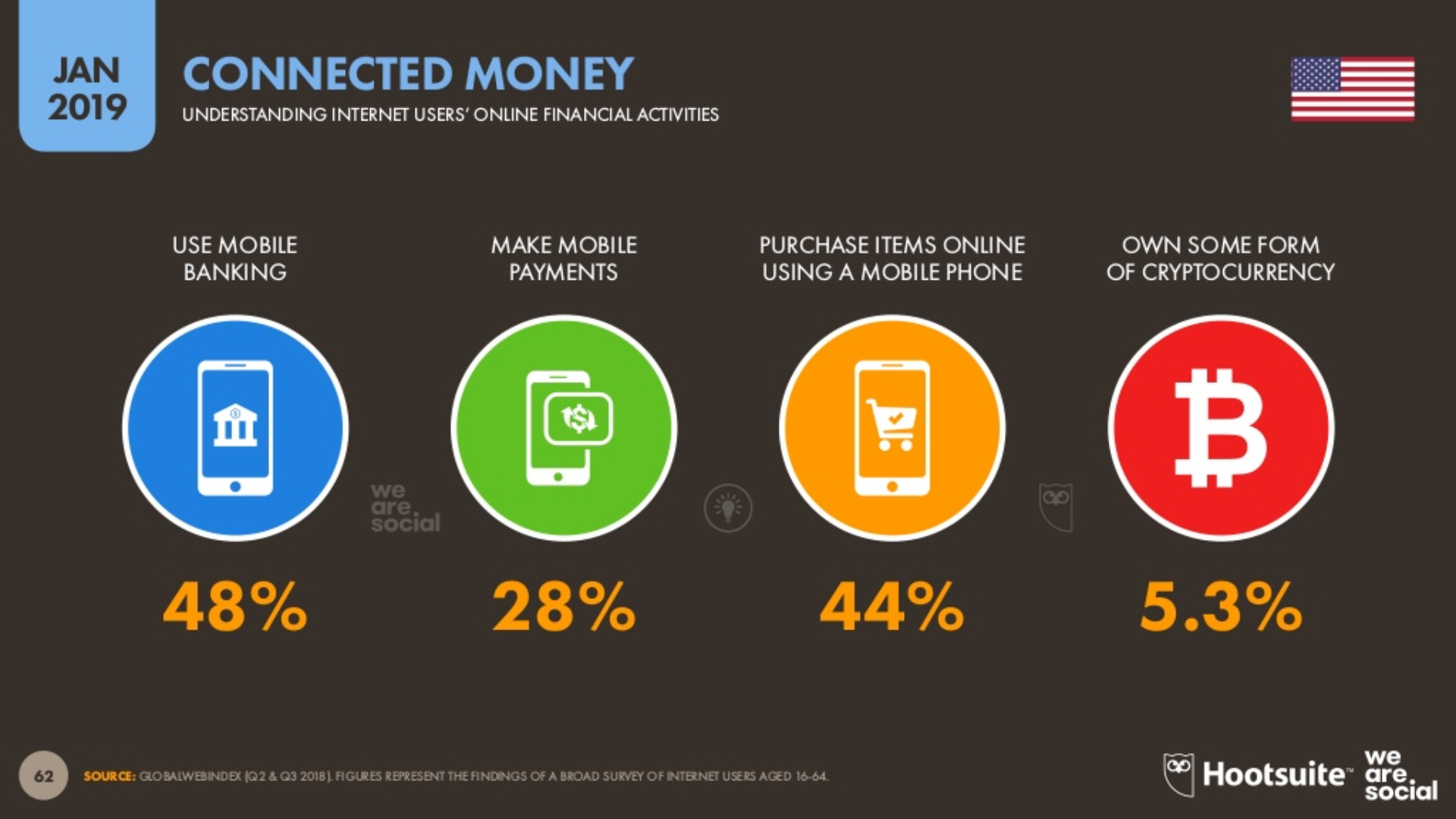 Almost 70% of all Americans have a smartphone, with Statista predicting that this number will go up to 73% in 2021. This high reach obviously means that smartphone users are well-represented in all age groups, but Americans between 18-54 years old have the highest smartphone penetration, ranging between 89% and 94%.

What does this reach mean for internet use and e-commerce in the US? Mobile is essentially unbeatable right now, and the digital landscape will certainly adjust to become even more mobile-centric in the next few years.  In the 3rd quarter 2018, mobile made up 42.79% of all website traffic and  56% of organic search engine visits. (data from Statista) There’s also an impressive number of mobile-only internet users: 44.5% in 2018. Statista predicts that this group will actually tip over to the majority in 2021, with 52.3%.

However, despite the clear power of the mobile movement, desktop isn’t dead yet. In Q4 2017, mobile e-commerce in the US accounted for about 24%. The next few years should bring interesting developments in terms of mobile vs. desktop internet use!

Mobile Messaging in the USA

Now that we understand the internet and smartphone background, let’s get to our favorite topic: messaging apps and mobile communication. The USA offers a dramatic contrast to our previous global analysis: this is not a WhatsApp market. Although WhatsApp comes from the US, it hasn’t really been able to penetrate the US market yet. This is in part because US phone plans are primarily set up with free unlimited SMS, so there’s no need to download a separate messaging app. This makes the tables of top social platforms look fairly different:

If we take a look at Statista’s graph of most popular mobile messaging apps in the USA in July 2018, the graph is even more interesting: the top 3 contenders are Facebook Messenger, Snapchat, and WhatsApp, and only Facebook Messenger has a really impressive user base. Interested in reaching customers via mobile messaging?
Try your free trial of the MessengerPeople solution now.

If you know that most Americans are simply messaging from their smartphone program, then the next question is obviously: what smartphones are Americans using? According to Device Atlas’ Mobile Web Intelligence Report from August 2018, Apple is currently ahead. The iOS share of operating systems in Q2 2018 in the US was 63.52%.

In addition, Apple is the clear leader across main phone carriers: Verizon, T-Mobile, At&T, and Sprint. For each phone carrier, Apple is in 1st place with more than 1/3 of the market share, and this number even reaches 43.8% for Verizon phones.

Apple’s user base is particularly strongly rooted in younger generations: Digital Trends reports that 82% of American teens use iPhones, compared to about 43% of Americans in general. This is an incredible reach among younger internet users, and it’ll be interesting to see if Apple gains market share overall if these users keep buying iPhones as they grow older.

What does this mean for businesses who want to connect with their American customers via smartphones? The WhatsApp Business API may not be your best bet, unless you have a highly international target group with a lot of overseas communication.  One tool (new in 2018) that builds off iPhone popularity in the US is Apple’s own customer service solution for companies: Apple Business Chat.

Apple Business Chat was designed specifically to offer high-quality customer service over the iPhone-native Messages app. It launched in North America in March 2018 and was rolled out globally in 2018. Companies have to pass quality testing from Apple before communicating with companies over the Apple Business Chat and can only do so through 18 official providers worldwide, including MessengerPeople. To sum up three interesting points about Apple’s messaging app customer serice solution, it offers dialogue entry points not only on landing pages, but also via Maps, Search, Safari, and Siri. The user-friendly interface includes Menus and QuickType suggestions, guiding customers to the support they need. Perhaps the most exciting feature is the complete integration with ApplePay: businesses can go from support to sales in one conversation. You can find further information on our product page.

Naturally, businesses whose target group contains a mix of different smartphone users should incorporate another channel into their service mix, to reach non-iPhone users. Facebook Messenger is a great option: although it is a downloadable app and not a native messaging program, the usage rates are high enough to make it an effective choice for business usage.

The US mobile messaging market is exciting, in part because of the contrast it poses to Europe, APAC, and other areas. As local giants like Facebook, WhatsApp, and Apple grow further and create more interesting technological possibilities, there’s no telling what the digital communication landscape will look like in a few years. For now, take a look at our other articles focused on other English-speaking countries to get the big picture. 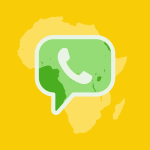 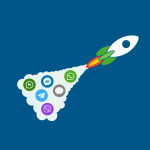