Messaging Apps in India: Most WhatsApp Users in the World

It’s no secret that messaging apps are the most commonly-used form of digital communication. In this article, we’ll take a closer look at the messaging app usage in a country with one of the fastest digital growth rates: India.

Indians love smartphones, they love to communicate on messaging apps, and they certainly love WhatsApp! When it comes to digital growth and messaging app usage, India is definitely one of the most dynamic markets right now.

In this article, we’ll take a look at the latest messaging user numbers in India, the current messaging trends, and at why Indians love WhatsApp so much.

According to the latest broadband subscription numbers, India currently counts 825.3 million internet users. While this might sound like a lot in raw numbers, it means that only about 60 percent of India’s total population of 1.38 billion is online. However, the growth rates are strong, and Prime Minister Narendra Modi’s “Digital India” campaign is showing results. In 2019, only 41 percent of the population had internet access.

Currently, on average, Indians between the age of 16 to 64 spend about seven hours online each day. 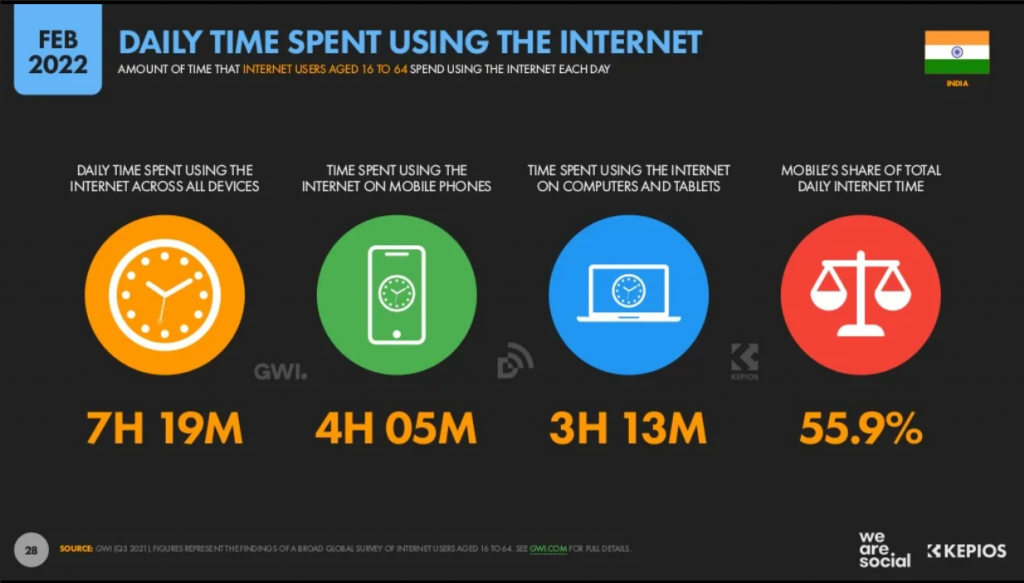 So, what are the millions of Indians that are spending all this time on the internet actually doing online? They use social media! In 2022, the country has more than 467 million active social media users, that’s up 4.2 percent compared to 2021. 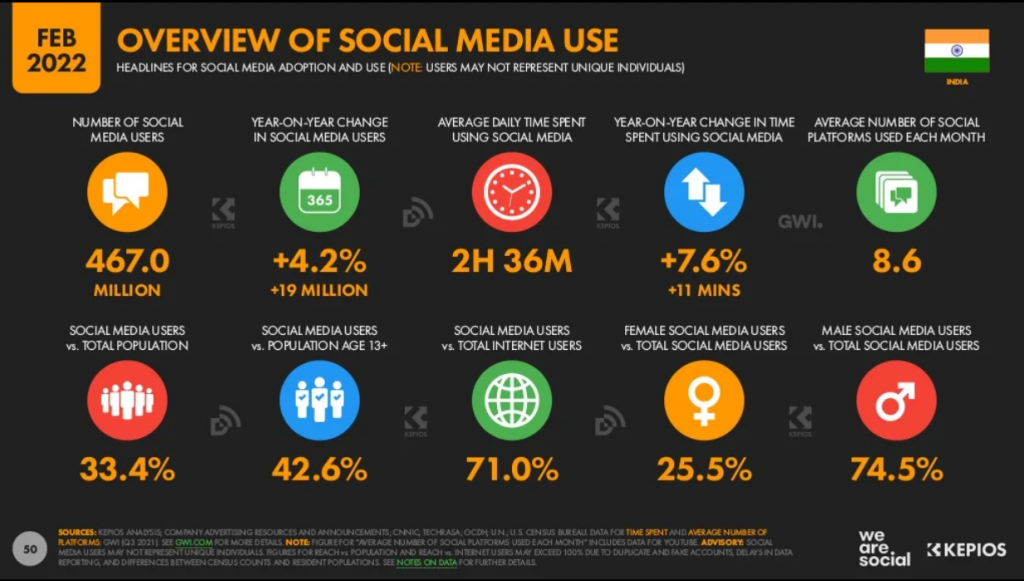 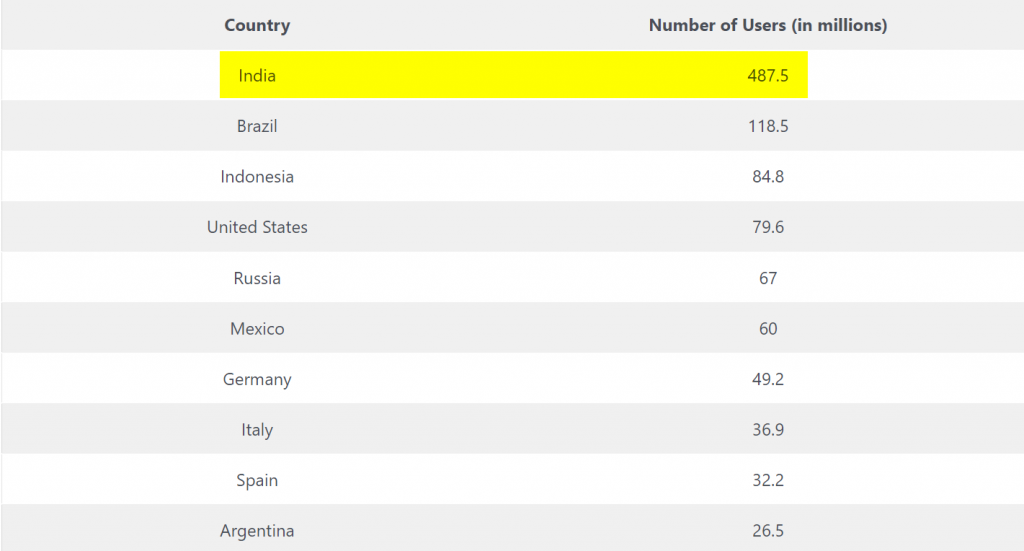 India has the most WhatsApp users in the world. (Source: AI Sensy)

WhatsApp Business on the rise

Of course, Indian users are not only on WhatsApp. They also use other messaging apps. The second most popular messaging app in India might come as a surprise to some. It’s Telegram!

With 56.9 percent of social media users being on Telegram, the service is far behind the 81.2 percent that use WhatsApp. However, it still ranks higher than Meta’s Facebook Messenger (49.3 percent). The rise of Telegram in India is especially impressive because it wasn’t even on the social media platform map a few years ago. 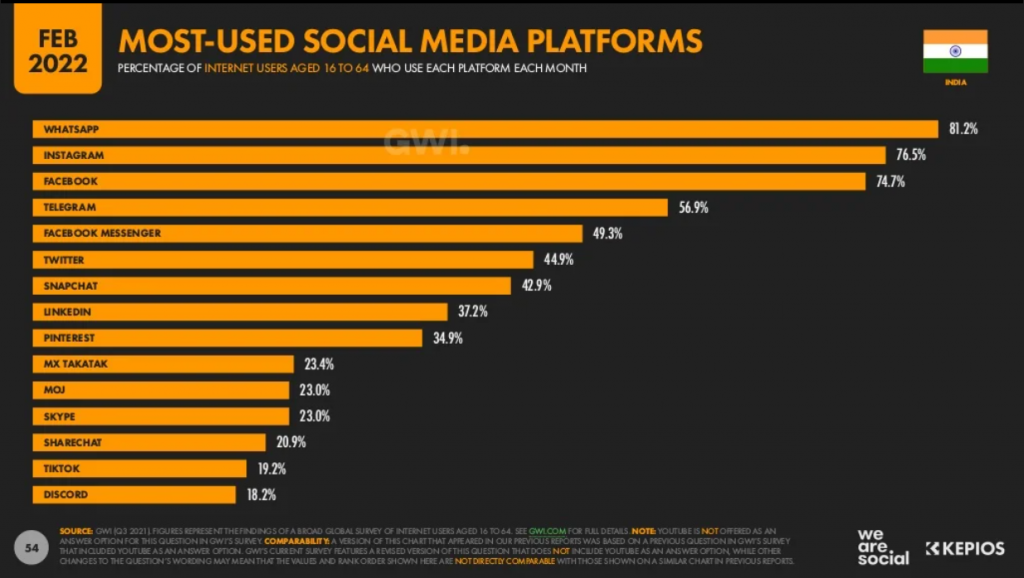 India is a mobile first country

One of the reasons why messaging apps in India are so popular is because India is a mobile first country. In 2022, most Indians access the internet through their smartphones. The latest numbers show that India has a smartphone penetration rate of 54 percent, and it’s estimated to reach 96 percent by 2040. Fun fact: India’s favorite smartphone brand is Xiaomi. 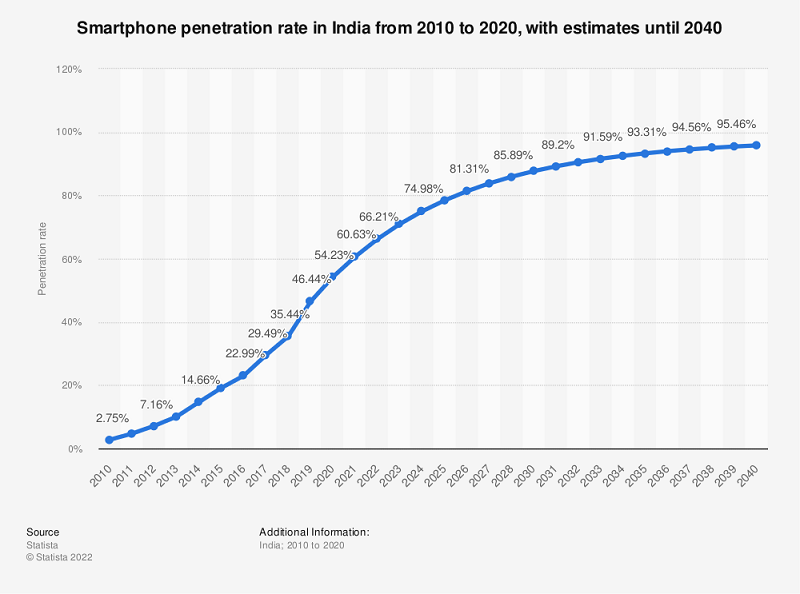 With such a strong smartphone base, it’s not surprising that Meta is expanding its services in the country. In May 2022, the Indian government partnered with Meta to introduce a way to verify digital documents on WhatsApp.

This shows how exciting and diverse the usage of messaging apps in India is right now, and it will be interesting to see where it will go in the future—especially when you look at how the market has grown since 2019. 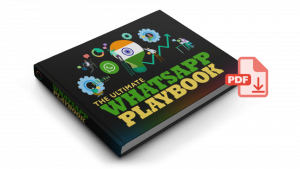 The Ultimate Business Guide to WhatsApp in India
Learn how to leverage the most popular messaging app, WhatsApp, throughout the entire customer journey and what KPIs you can improve with it – all based on the best Indian and global examples from different industries.

Messaging apps in India in 2019

In 2019, India was already an exciting and increasingly important market for mobile communication. Three years ago, Indians were already more advanced in their usage of mobile apps than a lot of countries, with every third person using mobile payment on WhatsApp.

Even if WhatsApp had to pull back the feature, it shows how open Indians were to using their mobile phones and messaging apps for important tasks.

So what was the messaging app landscape like in India in 2019? According to the release of the Digital 2019 report by “We are Social and Hoot Suite, WhatsApp and other messaging apps were already on the rise.

In 2019, social media usage was omnipresent in the country, with an average number of twelve social media accounts per internet user, and 2.5 hours spent on social media daily. 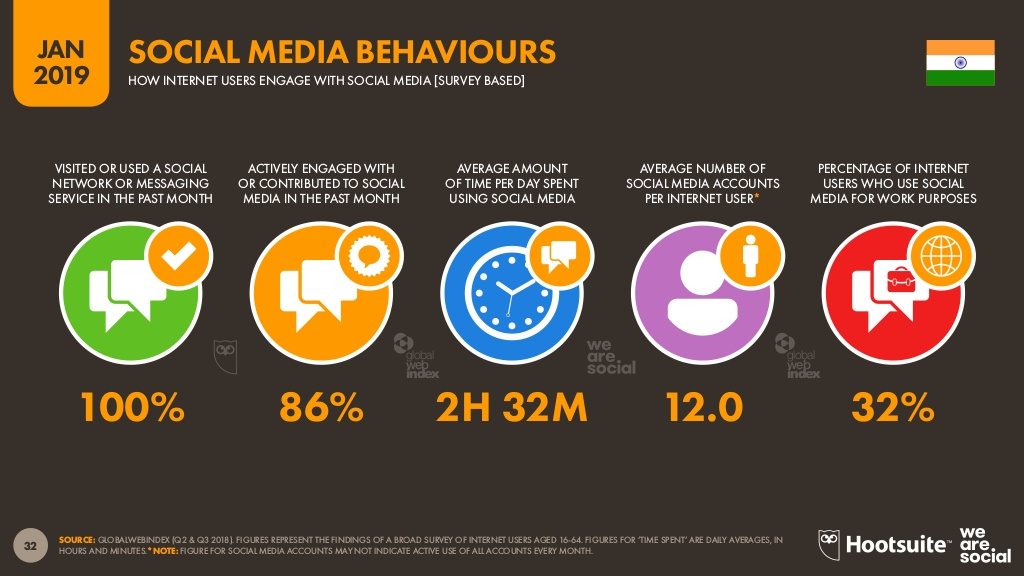 The most active social media platforms in 2019 were still more “traditional” networks, such as YouTube and Facebook. However, WhatsApp was already the third most popular social media app, followed by the Facebook Messenger and Twitter.

The trend towards mobile internet usage and messaging apps was also already visible in 2019. Then, 89 percent of internet users were using mobile messaging. 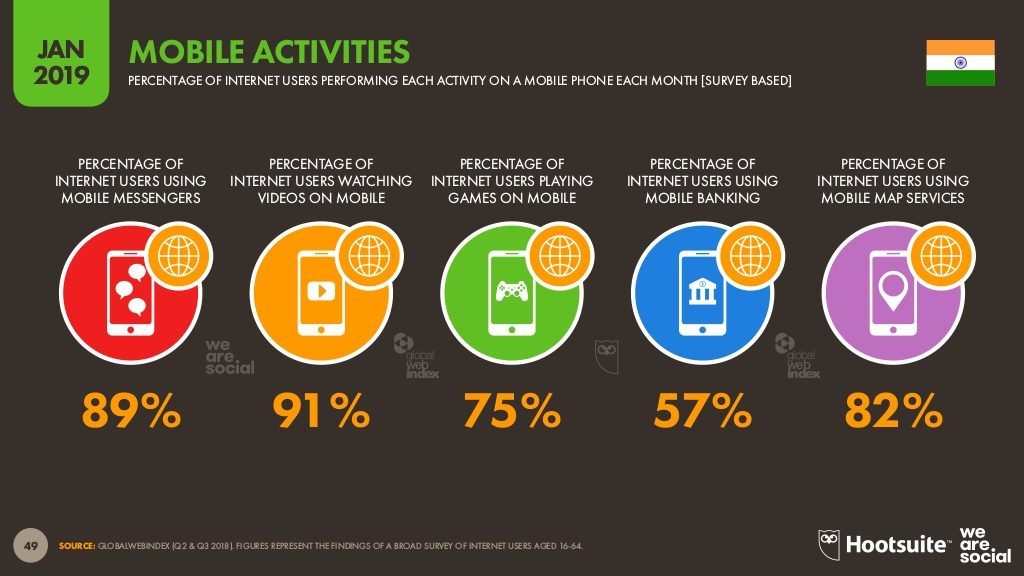 While the digitalization of the nation was already moving forward in 2019, only 41 percent of the total population had internet access, and with 516.2 million mobile internet users out of 560 million internet users, India was already clearly a mobile first nation.

As these numbers show, India is an interesting digital market. It has seen incredible growth in the past years, and still has huge potential.

Check out our newsletter to stay up to date with news from the messaging world!

Shopping on Instagram: Customers Can Now Pay Directly in Chat 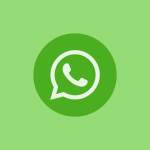 Indians Can Now Verify Their IDs on WhatsApp: Is WhatsApp Becoming the “WeChat of India”?Content Types, Magazine, Messenger Communication, News 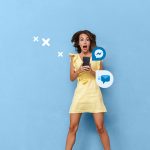