Customer support via Twitter? That can be more successful than many might expect. In fact, Twitter offers great potential for companies in customer service, especially in the area of direct messaging.

Short and to the point: Twitter for companies in customer service

1. Interesting facts about Twitter for companies in customer service

Twitter’s evolution into a service channel

“Twitter is what’s happening and what people are talking about right now” – this slogan is how the company describes itself.

Since it was founded in 2006, Twitter has been known primarily as a social media channel for disseminating news and public debates on current topics, including among companies.

Correspondingly, many companies use Twitter as a news channel to announce new product launches, publish corporate news, or promote sales promotions. However, is Twitter used as a service channel?

Very few companies use the service, even though Twitter is actually an ideal messenger service with its possibilities for direct addressing, both via tweets and direct messages. As a result, many underestimate the potential that Twitter offers companies in customer service.

After all, consumers themselves use Twitter for precisely this purpose. As Twitter’s latest Customer Care Report shows, users submitted 436 million customer inquiries worldwide in 2020. The only problem is that very few companies responded to them. Strictly speaking, only around two percent of customer inquiries are answered on Twitter.

Companies that actively use Twitter as a customer channel can increase customer satisfaction, improve customer service, enhance their image and strengthen customer loyalty.

German users like to use the direct messaging function on Twitter to send inquiries or describe problems to companies.

It also takes significantly less time to send a message on Twitter than to clarify a problem on a telephone hotline. It is not unusual for companies’ Twitter channels to be found more quickly than e-mail addresses or telephone numbers.

In view of the active user numbers, the expansion of Twitter for companies for customer service is definitely worthwhile in the long term.

Twitter is recording continuously growing user numbers. According to the most recent quarterly report for the fourth quarter of 2020, there were more than 150 million active users on the social network every day. 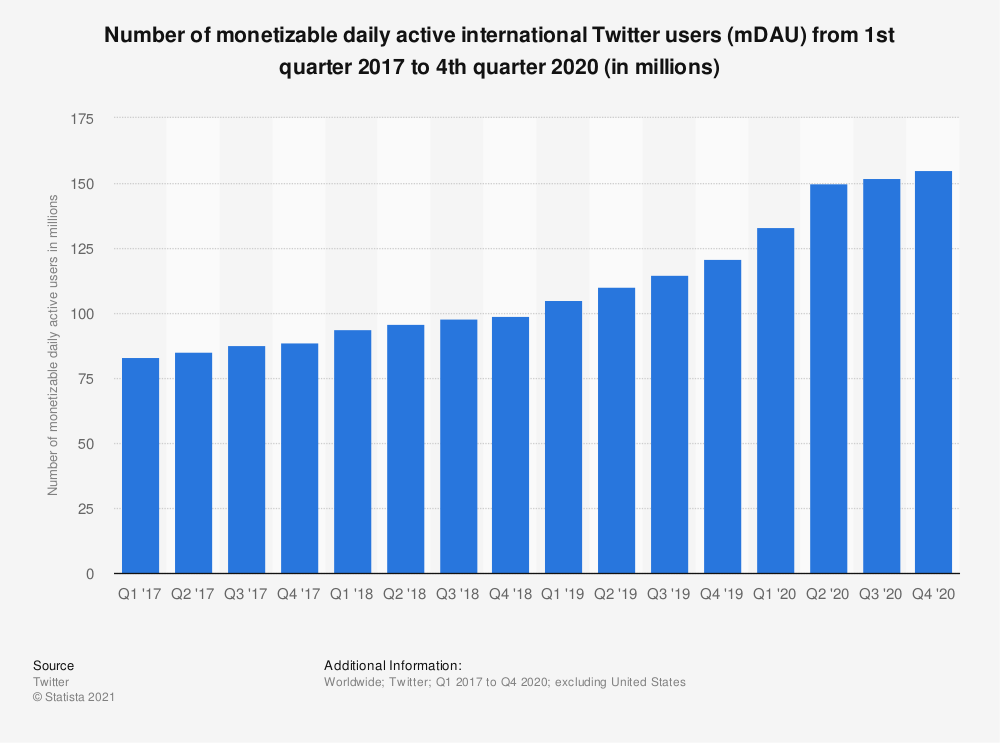 In its quarterly overview, Twitter talks about “monetizable users,” i.e., users who can see ads. However, there are also Twitter users who use services like Tweetdeck to use the platform. The actual number of users is therefore higher, although exact figures are not known.

However, Twitter has a unique echo chamber effect, which ensures that content spreads quickly and beyond the platform even with lower user numbers.

🔥 Tip: 👉 User figures for messenger apps in Germany and worldwide

2. Twitter for companies in customer service: How to use the service successfully as a service channel

It’s not enough to run Twitter as a customer channel on the side. In fact, the news service requires constant support to be truly successful.

Depending on the company, it can be helpful to set up a special account for customer support so that you can devote yourself fully to customer inquiries.

As a rule, customers contact the company with their problems via direct message. In these cases, it is clear that customers do not want to raise a ruckus in public, but have a serious problem that they want to see solved quickly. This is why it is so important for companies to respond quickly and helpfully.

First and foremost, this means taking the request seriously and accepting responsibility for mistakes. For example, if someone complains about a late delivery, it is not very helpful to justify this with a slow delivery service.

According to a survey, 64 percent of Twitter users expect a brand to take responsibility for problems that arise.

Therefore in the case of a late delivery, it is more helpful to acknowledge the mistake and apologize to the customer for their long wait and offer concrete solutions, for example to check the delivery status. This shows customers that they are being taken seriously.

⏰ Speed is enormously important for companies in customer service on Twitter. Surveys show that Twitter users expect an immediate response to their inquiries. Companies should therefore be set up to respond to Twitter inquiries within a few hours.

Countering critics with personal exchange and convert to direct messages on Twitter!

Sometimes customers also contact a company in a tweet addressing the company directly. These tweets are also publicly visible to others. This public approach can have several reasons.

In this case, companies should weigh up which response makes the most sense. If the user was only interested in the fastest communication, the conversation can easily be continued via direct messages.

If it’s about criticism, you should weigh up whether it’s actually helpful for other customers to give a public response. This may be a good idea if it’s a common misunderstanding that can be clarified for all to see.

However, if someone is visibly upset, it may be more advisable to move the public debate to direct messaging to defuse the situation.

Studies show that addressing people personally is more successful in avoiding conflict and ultimately has a higher chance of turning disgruntled users into satisfied customers.

This effort pays off because helpful customer service is rewarded.

96 percent of Twitter users say they would buy from the respective company again after a positive experience with customer service.

In addition, direct messages are also the best way on Twitter to protect users’ privacy. After all, many customer inquiries also involve personal data that should not be made public.

Companies should pay attention to this and both inform users of this and continue these conversations via private messages or refer the user to other secure messenger channels.

@DiwaArya Also, please don’t provide your tracking details as we consider them to be personal information. Our Twitter page is visible to public.

One of the companies with a very successful customer service on Twitter is Deutsche Bahn. Under the account “Deutsche Bahn Personenverkehr”, DB mainly responds to customer inquiries, feedback and complaints here.

Deutsche Bahn’s customer service on Twitter is characterized by the fact that it answers inquiries very quickly and gives users helpful tips to solve their problems.

At the same time, the channel is very active and regularly posts information that is important for customers. DB also brings humor into its customer service, which also goes down well with users.

Deutsche Telekom also stands out for its very effective customer service on Twitter. On the service channel, users regularly receive important up-to-date information, such as on malfunctions or maintenance work.

In addition, customer service makes an effort to answer users’ inquiries quickly and to make sure that no requests are ignored.

Chatbots are helpful for dealing with recurring questions quickly and efficiently. But on Twitter, chatbots should be used sparingly, especially when it comes to direct approaches via tweets.

Studies show that Twitter users prefer personal interactions in which customer service specifically addresses them and their problem.

However, there are also areas of application for which chatbots on Twitter are very well suited. For example, they can answer common questions in direct messages very efficiently and quickly so that customers receive immediate answers.

4. Conclusion on the potential of Twitter for companies in customer service

Even if the opportunities for marketing are quite modest (few users, little engagement), companies should definitely be present on Twitter in Germany!

The advantage of customer service via Twitter is that the brand can be found quickly. In contrast to many messengers, it is very easy to find the company directly. If the company does not have a channel on Twitter, the (dissatisfied) customer will post his problem publicly! The opportunity for companies on Twitter is therefore to transform customer communication from a public debate (including the risk of a shitstorm) into a closed dialog.

The bottom line is that Twitter offers great potential for companies in customer service to improve customer loyalty along with their own image, to solve problems quickly and to win loyal customers.

More news from the world of Messenger? Subscribe to our newsletter now! 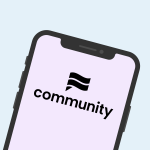 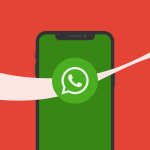 This is what Coca Cola does on WhatsAppMessenger Communication, News