The world of technology is constantly in flux: social networks, messaging apps, smartphones, and software solutions are constantly changing, developing new features, gaining or losing popularity, performing better or worse financially. Each app update has the potential to show which direction an industry is heading in or which new features will rattle the digital landscape. Quarterly numbers and announcements from major players like Apple, Facebook, and Google spark articles, predictions, fears, and excitement all over the world. And it makes sense – these companies control how we communicate and the flow of information in daily life.

For once, it’s not Facebook that’s created a controversy-causing feature, but actually Telegram, the messaging app with a serious focus on privacy and security. So much so, actually, that they recently changed their message deletion possibilities, allowing users to delete messages at any time. Previously, users could only delete messages within 48 hours – now, users can delete any message in their chat history, both for their side of the conversation, and for their conversation partners. Deleting messages is a final action, and the messages cannot be retrieved later. Most interesting is perhaps the fact that no notification, alert, or placeholder appears when a user deletes a message: it simply vanishes. Pavel Durov, the Telegram founder, admits that this feature could be misused, but continued “we think the benefit of having control over your own digital footprint should be paramount.” However, public opinion is divided. For a critical take on this feature, we recommend the very comprehensive exposé from TechCruch: Telegram adds ‘delete everywhere’ nuclear option to private chats — killing chat history.

Even with all the attention on the WhatsApp Business API, WhatsApp isn’t forgetting about its app for small businesses. The WhatsApp Business App had previously been available only for Android, but it was recently released on iOS, meaning that small businesses who are Apple users can now also try out professional messenger communication. This is an interesting strategic move, considering that Apple also has its own Business Chat, an equally powerful tool for communicating with customers via messaging. Perhaps WhatsApp is hoping to make sure they don’t lose any small businesses to Apple’s native solution.

The news that caused the biggest stir in the social media world this month was almost definitely an announcement from Instagram: they added a checkout feature, thus creating a seamless, fully-contained in-app shopping experience. Focused Instagram users may know that the app had started moving in a more e-commerce-friendly direction when they offered retailers the option to link to item descriptions directly within photos. However, the option to purchase items directly from photos, choosing the size and color before entering payment and shipping details, is an even further step. Instagram is trying this out with around 20 brands in different industries and with different price points (predominantly in beauty and fashion, however) and it remains to be seen when, or if, they’ll roll out this feature for wider use. Recode offers an interesting closer look at how the app got to the point of offering direct purchases: Instagram will now let you buy products directly inside the app.

This new feature closely aligns with the bigger shift of consumers wanting to do everything on mobile, and ideally, in as convenient and streamlined a way as possible. Apple Pay is another example of how businesses are starting to focus more on being accessible via smartphone, the consumer’s undisputed most-used device. As payment possibilities become integrated into channels such as messaging apps and social media, we’re interested in seeing how the business-customer relationship becomes closer, and businesses become even more truly customer-centric.

If you find digital communication as fascinating as we do, make sure you stay up-to-date with the latest ways that businesses are communicating with their clients. Professional communication is now moving on from social media and e-mail to messaging apps like WhatsApp and iMessage. Learn about our Messenger Communication Platform to understand the benefits that fast, direct, 1:1 customer communication can provide your business.

WhatsApp celebrated a decade of messaging app services with a video, and WhatsApp Business added additional features as it turned one year old. Desktop users can now use quick replies, labels, and chat list filtering. Although these features are certainly helpful for the smaller businesses using WhatsApp’s first iteration of a business solution, our bets are on the WhatsApp Business API for sustained dominance in business messaging. Read our analysis of the app’s business offerings here.

Facebook dominates a variety of channels of modern communication, from traditional social media, to messaging, to photo sharing via Instagram. But the company is facing criticism both at home and abroad.

In the US, the Federal Trade Commission is negotiating a hefty fine with Facebook in relation to the well-known privacy lapses that have caused various data protection scandals. This would be the largest fine that a technology company has ever had to pay, and would be another blow to Facebook amidst sinking popularity. The anonymous sources couldn’t currently tell the Washington Post concrete details, but public opinion seems to stand by the FTC in thinking that Facebook should make amends for their weak protection of user data.

In Germany, the plans to merge Facebook Messenger, WhatsApp, and Instagram messaging have already met with legal opposition. The German cartel office claims that Facebook abuses its popularity to monopolize the market, and compromises users’ security and data protection in the process. The Next Web summed things up, describing the German opposition as criticism of the fact that “Facebook effectively owns the social media landscape.” We’ll see how the conflict between Facebook and the Bundeskartellamt plays out, and what effects it has Europe-wide.

If you’re interested in learning more about business messaging, check out our free webinars:

Apple: Down but Still #1

According to Apple’s own reporting, their 1st quarter numbers are just short of their goals and show revenue declines across different areas. On the plus side, Tim Cook highlighted that Apple has also “reached an all-time high of 1.4 billion” of active installed devices – which means a lot of users for Apple Business Chat, and means that Apple has almost as many users as WhatsApp or Facebook Messenger.

Device Report has released a listing of which smartphones are currently the most popular in each country, and iPhones are leading in the vast majority of countries, including the UK, USA, Germany, Singapore, Australia, and many more. For now, Apple doesn’t seem to be in trouble.

According to The Next Web, Google is planning to challenge its competitors in consumer-to-business messaging – specifically, WhatsApp with the WhatsApp Business API and Apple with Apple Business Chat. Although Google has long hung behind in terms of messaging relevance, with various projects that failed to really take off, Google has now updated its My Business app to facilitate easy professional messaging.

Much like in Apple Business Chat, consumers who find companies online (in Safari, where Google remains the default search) or in maps will have a handy “message” button displayed. Since Google Maps is widely preferred over Apple Maps, Google’s business messaging may be able to gain some ground.

Facebook came out with what has been perhaps the first bombshell of 2019: Mark Zuckerberg broke the news that he is planning to integrate Facebook Messenger, WhatsApp, and Instagram messenger services sometime in 2020. The internet has already speculated at great length about the pitfalls and advantages of this possibility, with data protection worries and questions about differences between platform profiles coming to the forefront. However, Zuckerberg seems to consider this possible merger as an answer to the data protection woes: quoted in Mashable, he is excited about “moving more to end to end encryption by default in our products. People like this in WhatsApp. I think it’s the direction we should be going in.”

Although Zuckerberg says he wants Facebook to focus more on encryption, some people aren’t so sure. Forbes writer Kate O’Flaherty covered the topic with additional information about messaging apps with a clear focus on security, such as Viber, Signal, Telegram, and Wickr. Time will tell whether Facebook can clear its name, or whether more encrypted messaging apps will grow in popularity. 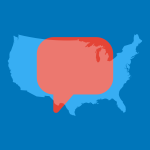 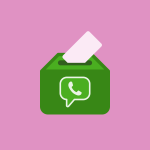