Delhi wants to fight pollution and push e-mobility… with a WhatsApp chatbot!

In an attempt to reduce pollution in India’s capital, the Delhi administration has come up with an unusual idea. It’s promoting e-mobility with the help of a WhatsApp chatbot.

The air quality in India’s capital Delhi is… well, not great. And that’s putting it mildly. According to a WHO survey among 1,650 cities in the world, Delhi has the worst air pollution of any major city in the world. According to the Delhi Pollution Control Committee, Delhi reported an annual average of 150 μg/m3. In comparison: the WHO guideline is 10 μg / m3!

Delhi’s nine million vehicles are one of the main factors who contribute to the poor air quality. In order to promote greener ways of transportation, Delhi’s administration has now launched an unconventional tool: a WhatsApp chatbot.

Topics of this article

The WhatsApp chatbot was designed to give citizens easier access to information about electric vehicles. With WhatsApp being India’s favorite messaging app, it makes sense for the city administration to reach out to Delhiites via WhatsApp.

Curious about #ElectricVehicles?#DelhiGovt has launched a #WhatsApp #Chatbot to address all your questions about #EVs

All you have to do is 👇🏾
1️⃣ Click https://t.co/y7tOxgaC17
2️⃣ Send a 'Hello'
3️⃣ Join Delhi's #EVCommunity pic.twitter.com/jZBqlbxJU0

The chatbot can answer the most frequently asked questions around electric cars, the city’s EV pledge, or the nearest charging station. It offers an EV calculator that shows users their potential savings when switching to an electric vehicle as well. Users can also find out where they can find a suitable vehicle for themselves.

The Delhi administration partnered with WhatsApp to create the chatbot, and the user interface has been kept simple on purpose, in favor of making it as easy as possible for as many people as possible to access the information. The main goal of the campaign is to create more awareness around e-mobility, and encourage the use of electric vehicles.

Delhi’s new WhatsApp chatbot is part of Principal Secretary Ashish Kundra’s ambitious plan to turn Delhi into the “EV capital of India”. Among other measures, Kundra has been pushing for more EV charging stations around the city. And there is also a subsidy program to encourage women to learn how to drive electric vehicles.

This is not the first time, an Indian administration uses WhatsApp as a communication tool. In the past years, the Indian government has repeatedly turned towards WhatsApp to spread important information to its population.

For example, the government of the southern Indian state of Telangana, used WhatsApp to inform citizens about the Covid-19 pandemic, and stop the spread of misinformation.

And a few months ago, the Indian government added “DigiLocker”, a digital wallet, to their WhatsApp Helpdesk. With the DigiLocker, Indians can now access their PAN number, driver’s license, insurance documents, and many other important documents digitally and quickly on WhatsApp.

At the same time, WhatsApp is also becoming more significant as a business tool in India. Companies are starting to realize the potential of reaching out to their customers on their favorite app. The feminine hygiene brand Sirona, for instance, launched a WhatsApp chatbot that helps track the menstrual cycle.

This is not only a helpful tool for Sirona’s clients. It’s also a clever idea to establish a relationship with potential customers, and grow brand awareness.

Playbook: Why your customers want WhatsApp

In other countries, such as Brazil or the UK, where WhatsApp is also the most popular messaging app, companies have started promoting new products, offering customer service, and even generating sales through WhatsApp.

It’s therefore clear that India is only starting to uncover the potential of WhatsApp.

Messaging Apps in India: Most WhatsApp Users in the World 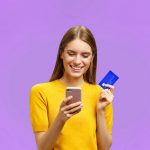