Telegram is turning nine! Since the messenger app started in 2013, it’s become one of the fastest growing messaging apps in the world. And it keeps surprising its users with new features. We looked back at some of the most impactful Telegram features, and have put together a selection of nine features that we think have changed messaging forever.

Happy birthday, Telegram! On August 14, the blue messaging app is turning 9. And even though Telegram has been around less than a decade, it’s already had a big impact on messaging.

To date, Telegram counts 700 million users. As the app is maturing, it’s also looking at new ways to monetize its features. However, one thing has stayed the same since its starting days: Telegram is one of the most creative messaging apps when it comes to launching new features. We took a look at some of the apps most impactful updates, and are showing you nine features that we think have changed messaging forever.

Topics of this article:

The tumultuous start of Telegram

Telegram is, both, one of the fastest-growing messaging apps in the world, and the messaging app that everybody blames for enabling the spread of conspiracy theories and criminal activities. Being controversial is nothing new for the app, though. Telegram has had a tumultuous history from the very beginning.

It starts with the brothers Pavel and Nikolai Durov who had developed VK, Russia’s largest social media platform. As the government asked them to delete some pages and handing over private user data in 2013, the brothers refused.

As a result, they were forced to leave the country, but it inspired the Durovs to launch Telegram that they are now running from Dubai. Due to their Russian experience, protecting user data and privacy features were the app’s biggest focus. It led to a series of interesting features that are not only popular among Telegram users, but have also inspired the messaging world.

These 9 Telegram features have revolutionized messaging

Even though it’s by far not the only app who offers very secure messaging, Telegram has built its brand around being a safe messaging app. In its secure chats, it offers end-to-end encryption, which leaves these conversations out of the Telegram cloud, and therefore (almost) unhackable.

Aside from its reputation as a private messenger app, Telegram offers a lot of other really cool features that have inspired other messaging apps as well.

Telegram was the first messaging apps to allow immediate reactions to messages. Users loved it! It’s a great way to show an immediate response, without cluttering the thread. Now, other messaging apps are playing catch-up. WhatsApp just introduced the feature this year.

Sure, you can send stickers on other messaging apps, too. WhatsApp, for example, also has a sticker feature. However, it’s not as intuitive and quick to find like the Telegram stickers, and (although that’ probably subjective), also not as cool and crazy. Not convinced? All we’ll say is: where else can you post fire spitting unicorns?! 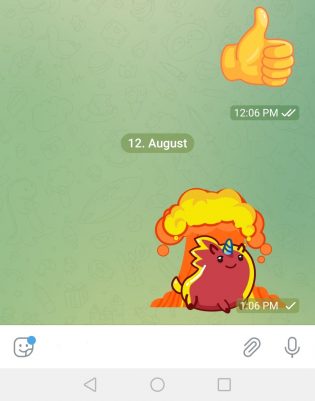 Outside of more developped messaging tools like Slack, this is a feature that most other messaging apps don’t offer, and really stands out on Telegram. And it’s had an impact! WhatsApp announced this year that they are working on an editing button, and even editing-fiend Twitter is now looking at ways to allow users to edit their tweets.

One of the early safety features that Telegram added for its users was the auto-distruction feature. It allows for messages to self-destruct in the secret chats and private cloud chats. Users can set a timer, and watch messages go “poof”.

Telegram groups have gotten a bad reputation, as they are not only a way to interact with many people, but have also been the breeding ground for criminal activities and conspiracy theories. Nevertheless, it’s one of the messaging app’s most popular features, and it’s also used by businesses to stay in touch with their customers, by media outlets for sending out newsletters, and by government institutions for sending important information. 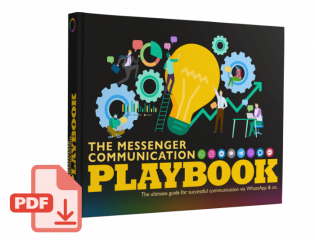 The Ultimate Messaging Guide for Businesses
Learn how to leverage Telegram and other messaging apps to connect better with your customers.

Telegram bots are another stand-out feature on the messaging app. No other messaging app (with the exception of maybe Discord) makes it that easy for users to create useful chatbots. From bots that will help you track the cheapest flights to organizing bots to group admin bots, there are a lot of automization options on the app!

Other messaging apps, like the Facebook Messenger from Meta or WhatsApp, only allow the integration of chatbots in their Business Platforms.

Full disclosure: audio messages are a really neat feature if you want to say a lot, and are too lazy (or too busy) to type it all up. However, on the receiving end, it can be quite annoying if you are in a public setting, and can’t listen to the message. Telegram found a solution for this a while ago.

There is a Telegram bot that can convert audio messages to text. And just a few weeks ago, Telegram added a new feature for its premium users that can turn voice memos into text.

Telegram recognized the potential of messaging apps early on. It’s not only a way for people to chat, but also to exchange information. That’s why Telegram allows sending large files of up to two GB, and 4 GB for premium users.

Listen, it’s one thing to let your users personalize their profiles, but personalizing sounds? Who thinks of that? Well, Telegram! Users can choose from a large audio library, and choose the notification sounds they prefer.

What’s next for Telegram?

In the past nine years, Telegram has constantly grown its user base, and brought new exciting features to the app. So, what’s next?

With the introduction of a subscription model this year (probably its biggest feature change up to date!), it’s clear that Telegram is looking at ways to monetize its growing user numbers.

As Telegram is becoming more popular with users, more businesses are also starting to use the app to reach out to potential customers. So, it’ll be interesting to see, if Telegram will add more business features in the future as well.

Get our newsletter for the latest messaging news! 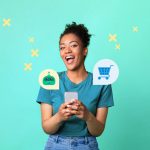 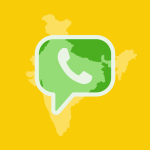