Have you ever heard of Ashton Kutcher’s messenger “Community”? There’s a lot of hype about Community in the U.S. and Canada, especially among celebrities. What exactly is the hype about? We summarize the most important facts about the messenger service in this article.

At first glance, the success of Ashton Kutcher’s messenger service “Community” may seem surprising. After all, it’s basically just an SMS service with a few additional functions.

However, the service is very popular with companies and celebrities in the U.S. and Canada, even though Community has not yet released any concrete user figures.

What’s behind the hype? What can this Messenger do that others can’t?

Here are eight exciting facts about Community from Ashton Kutcher.

Community’s beginnings date back to 2014 and Matthew Peltier and Josh Rosenheck. It was they who originally conceived the communication service. Peltier and Rosenheck initially had only artists and celebrities in mind.

It wasn’t until they teamed up with investors Grey Oseary and Ashton Kutcher that the idea of a messenger service for the general public began to take shape. Because they realized how valuable and far-reaching SMS communication can really be.

According to an Adobe study, 90 percent of all smartphone users read their text messages three seconds after they arrive. So the platform opened up to the general public and Shimmer eventually became Community in 2019.

Since then, the founders and Oseary have mostly been operating in the background, while Community is represented externally by Ashton Kutcher.

2. Community: Ashton Kutcher started the hype with a tweet

Community also got off to a somewhat sluggish start in the USA, until Ashton Kutcher made the service famous with a cryptic tweet.

Many accepted this invitation and ended up on Ashton Kutcher’s Community channel. Numerous celebrities followed his example.

Just a few months later, Paul McCartney, The Jonas Brothers and, Jennifer Lopez were also on Community alongside Ashton Kutcher. Community was thus considered the messenger of the hour.

Anyone who registers with Community is assigned an exclusive cell phone number after 72 hours. Members communicate via these Community numbers. In addition to classic SMS, photos, voice messages, GIFs and emojis can be sent.

The service is divided into “leaders” and “members”. Leaders can be artists, companies, organizations, or even influencers. Members, in turn, are fans, customers, or simply interested users.

4. Community Messenger is not free

“Leaders” pay for the service. There are different price packages for individuals and companies based on the size of the members reached. 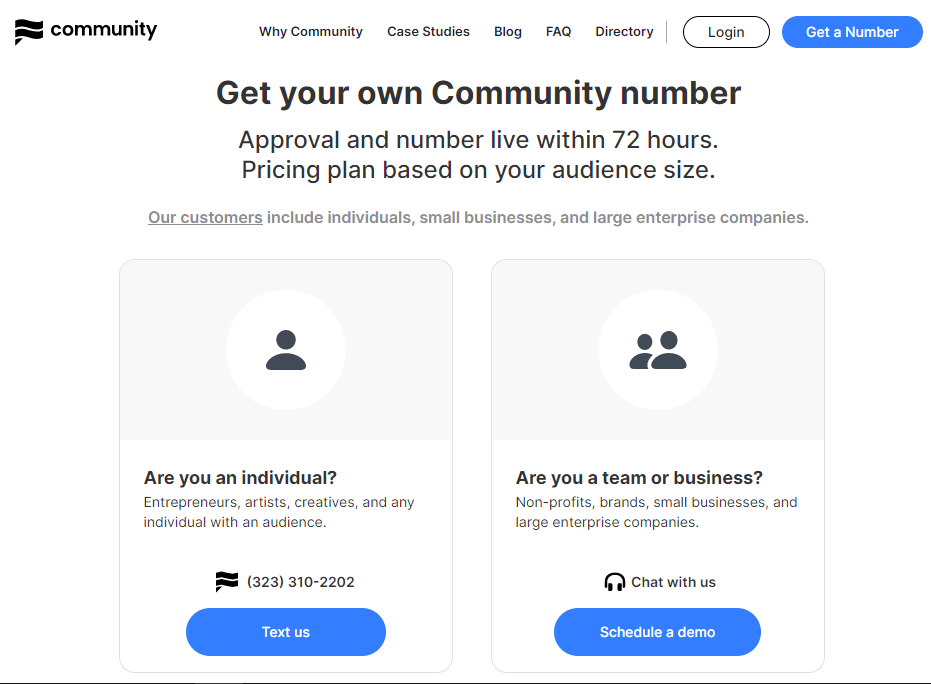 Once “Leaders” select a price package and request a number, Community assigns them a phone number. Many celebrities post their Community numbers on other social networks. However, the numbers can also be found directly on Community’s website.

🔥 Tip: 👉 How to get more users for your WhatsApp messenger service

What makes Community by Ashton Kutcher so appealing is its groups. 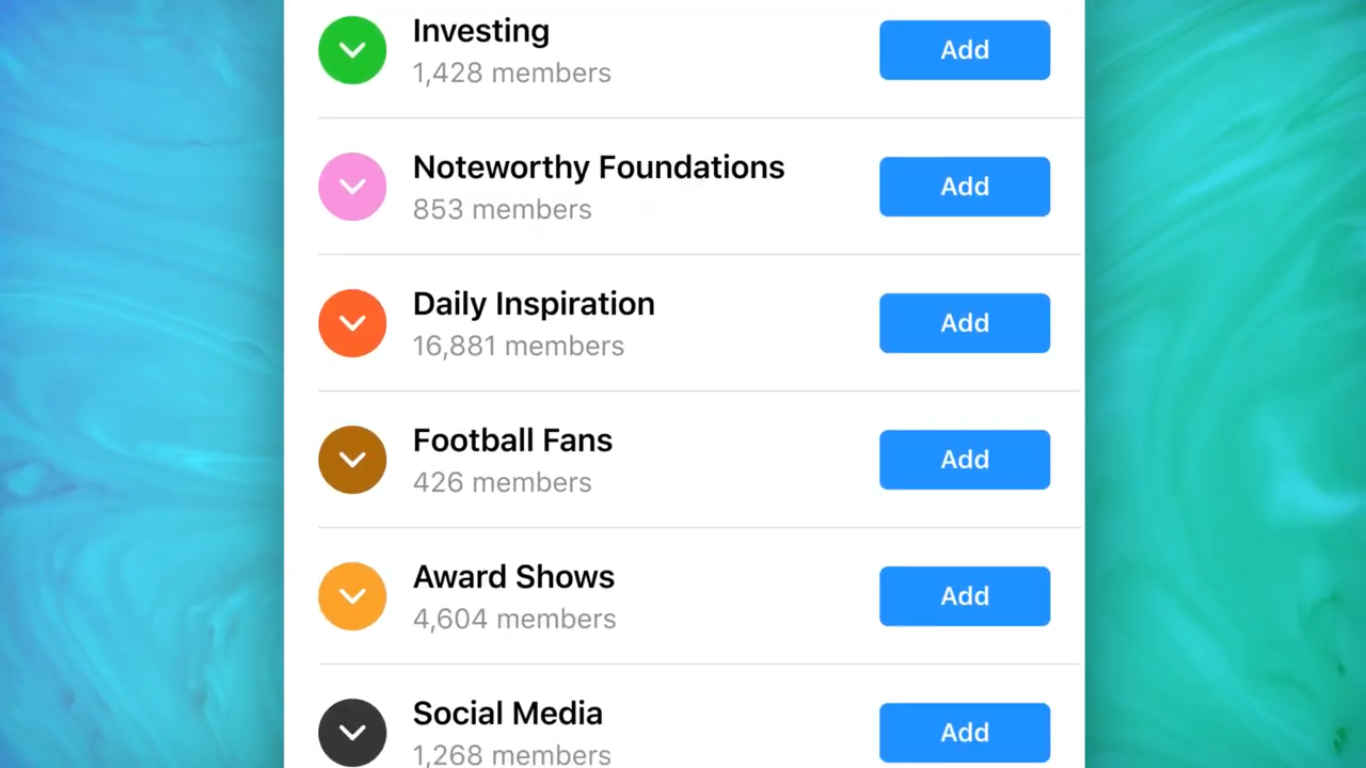 For example, artists can unite all their fans in one group. Companies, in turn, have the opportunity to send offers, news, or product launches to customers, similar to the former WhatsApp newsletter (banned Dec 2019), which are back since June 2021  as so-called Business initiated messages. The attractive aspect for both sides is the exclusivity. Leaders can reach their target group quickly and directly. Members get exclusive access to artists or companies. Community also promises that leaders can filter their group members by location, gender identity, interests, or age, among other things. 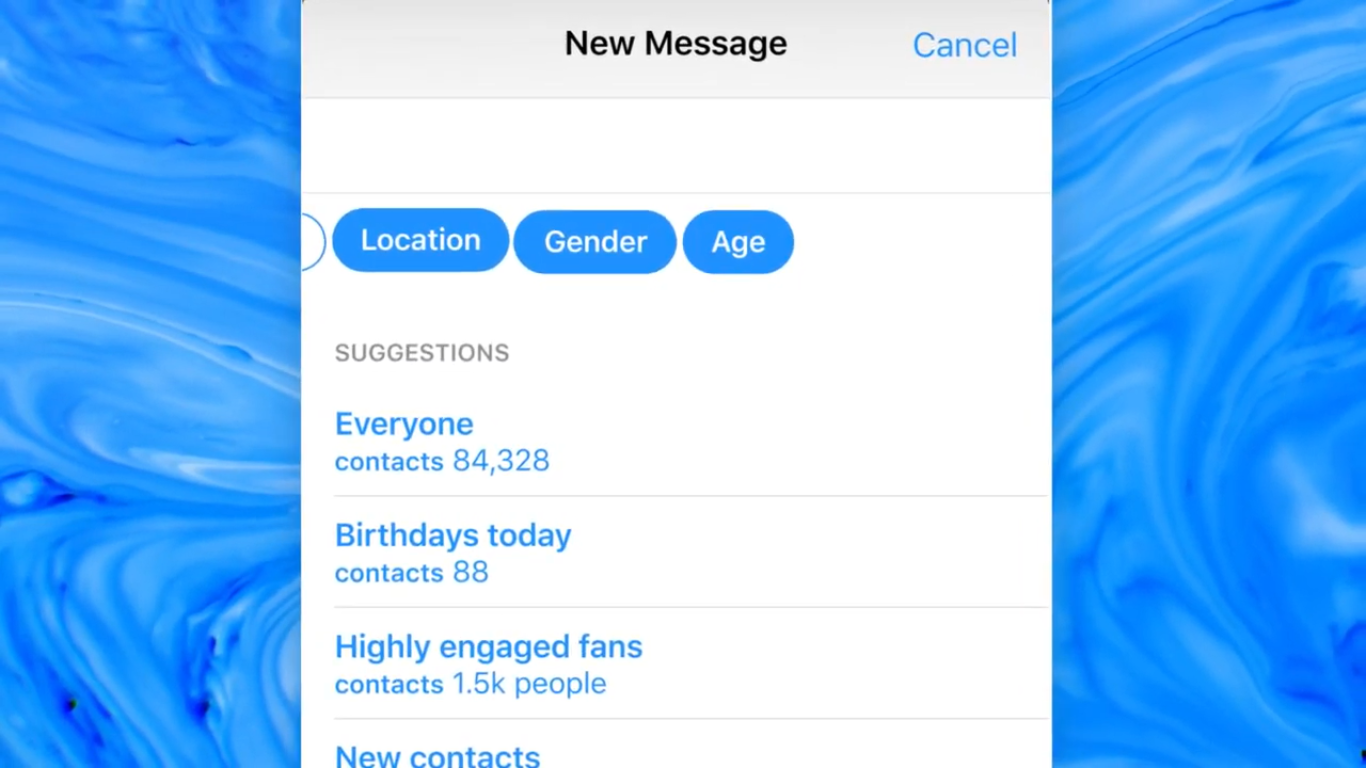 This makes Community a powerful messenger for reaching a very specific audience directly.

🔥 Tip: 👉 All info how to send push notifications to a selected target group via WhatsApp Business initiated messages

The messenger advertises that it neither stores data nor displays advertising. In this way, Ashton Kutcher’s Community deliberately wants to set itself apart from other social media channels.

Since the service is fee-based, algorithm-based content or target-group-specific ads, which social networks like Facebook or TikTok need as revenue sources, are correspondingly irrelevant for Community.

In turn, Community uses this as a unique selling point and promises its leaders complete control over their SMS channel in return.

It is the combination of full control over communication, the exclusivity of the discussion groups, and targeted addressing of target groups that no other social network offers in this form so far, that makes Community so popular.

7. Community is a good source of income

However, another factor that certainly contributes to the success of Community is that the leaders of the community groups post good conversion rates and high revenues through the messaging service. 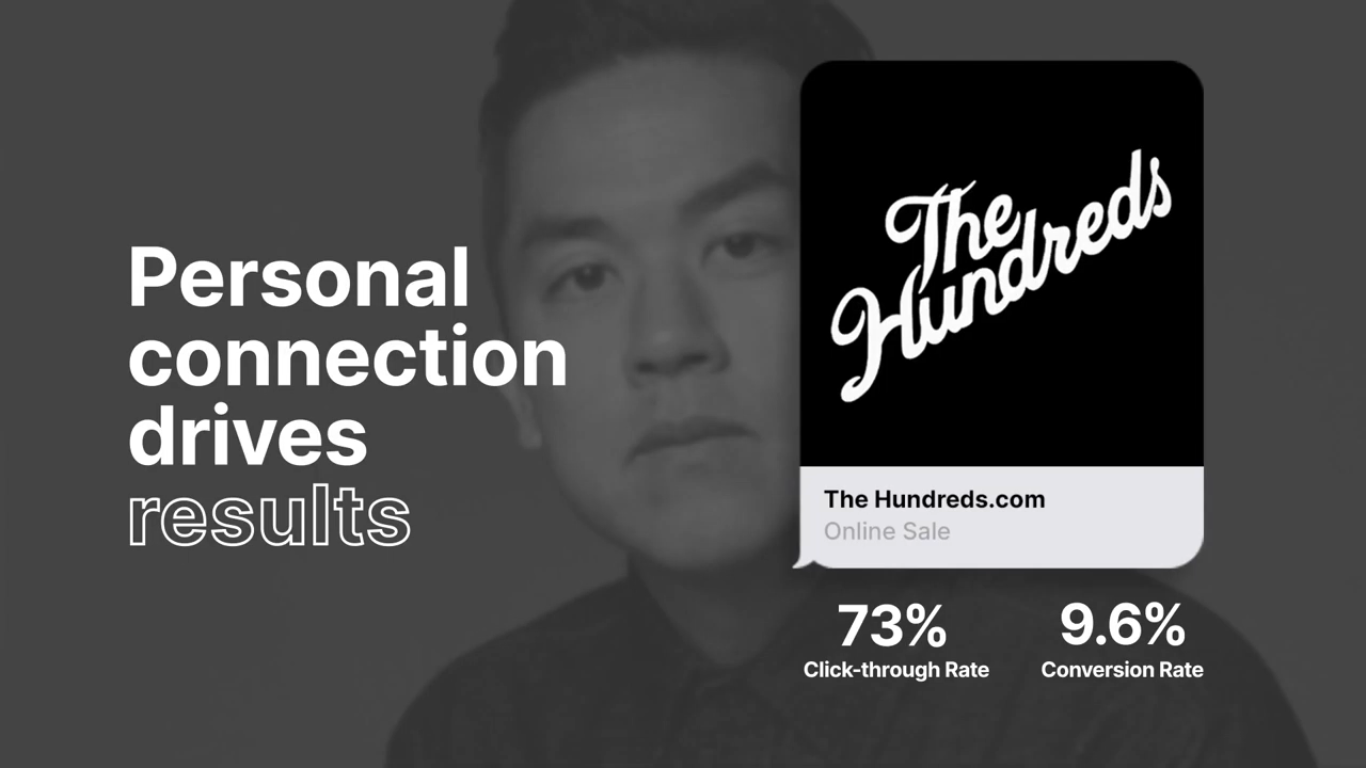 Musicians such as The Jonas Brothers send their fans exclusive invitations to concerts via Community and can thus record additional income from ticket sales.

Husband-and-wife team Chris and Lori Harder sometimes offer regular online workshops on business education and success in the corporate world. To promote one of their courses, the Harders reached out to Community.

They divided their members into different subgroups and thus targeted potential participants very specifically. When the Harders finally sent out an early bird offer for the course through community groups, so many people signed up that they raised more than $300,000 in 24 hours.

The wine company “Bev”, in turn, uses Community as a direct customer channel and can thus obtain valuable feedback while at the same time increasing awareness of its own brand.

8. Community is hardly known in Europe

But while Community is very popular in the U.S. and Canada, hardly anyone in Europe knows the service. Only recently did Ashton Kutcher’s Community gain a bit more prominence through a podcast interview.

This is primarily because the service is not yet available in Europe. The Community help pages state that only residents of the USA and Canada are allowed to register for the service so far.

In Europe, Community would also be in direct competition with other messengers such as WhatsApp or Telegram. These, in turn, have much higher user numbers in Europe than in North America.

🔥 Tip: 👉 How companies use Telegram groups and channels

Conclusion: Community by Ashton Kutcher should be kept in mind

This is due to the fact, among other things, that customers or fans can be addressed directly, exclusive access to celebrities or products is possible, and that the channel is free of advertising.

Though Community is not currently available in Europe, one must keep an eye on the service. Because as the hype app Clubhouse has shown: Exclusive messengers are in vogue.

You are interested in using Messaging for your business?! Get our Messenger Playbook with over 20 Best Cases! 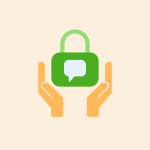 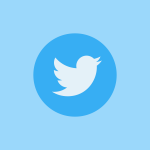 How Companies Use Twitter Successfully in Customer ServiceMessenger Communication